John and Remembrance Ault Rand were first generation Americans of the original kind. Both of their sets of parents had been among the first English settlers in New Hampshire, and they among the first children born in the new colony.  John Ault and Francis Rand had been sent by Capt John Mason in 1631, John Ault and his wife Remembrance Tibbetts settled on the bank of Oyster River and Francis Rand and his wife Christian on Sandy Beach.[1] John Rand was born about 1645 and Remembrance Ault about 1650. [2] They married around 1668, based on the birth of their first child John.

Civic duty
After their marriage, John and Remembrance lived along the banks of Oyster River. This area was a parish of Dover, but eventually would become the town of Durham in 1732. By 1655 Oyster River had its own meeting house and minister.

Life was difficult at best. As Stackpole described in his book on Oyster River, "every settler was almost of necessity a boatman, fisherman, hunter, carpenter, mechanic and farmer. The women could spin, weave, make garments of every sort, cook marvelously and manage a dairy." [3]  No only did the men have to work hard for their family, they were also required to perform their civic duties to help their community.  John took the Freeman's Oath in 1672 and acted as Constable in 1673. He also served on the jury in 1675. In 1680 he was called to the Grand Jury but, he didn't show for jury duty and was fined.  In 1684 he again served on a jury. In 1673 he was in court as a witness, in his role as constable, against a woman who " used several aprobrious words against the church & church members, calling Puritans Rogues". So not everyone was a fan of the Puritan movement. [4]

Remembrance herself was in court, testifying in a case against Naomi (Hull) Daniel who was accused of slanderous speeches against  her sister and brother in law who she said were wizards and witches. Remembrance testified about a conversation she had with Naomi. The previous year Naomi had spoken to her about a comment made by her sister to Remembrance. She had said that Naomi had bewitched a child of hers (Remembrance). Naomi countered that it was really her sister and brother in law who had bewitched the child.[5] Which child this was I do not know. [5]

Land
On 21 April 1674 John Ault deeded all his land, where he then lived on Plum Swamp Brook, to his son in law John Rand.  John Ault had previously given land to the husbands of his other two daughters, Rebecca and Elizabeth. In 1678, he (John Rand) bought more land from Benjamin Hull, son of the Reverend Joseph in 1678 but sold it the next year. [6] 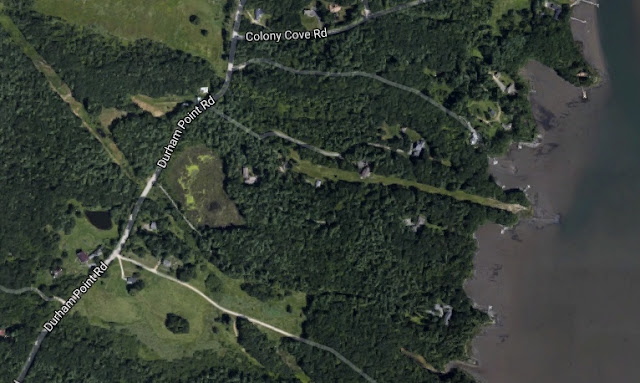 Children of John and Remembrance [7]

1. John b. Unk. m. Elizabeth Unk. estate probated on 1 August 1698 by widow Elizabeth. He lived at Oyster River. He and his wife sold land to John Edgerly on 9 Feb 1697/8 but he was dead by late summer when his estate was inventoried. He was survived by his wife Elizabeth.

3. Samuel; believed to have been captured during the Indian attack of 1694, returned to New Hampshire in 1697. He lived in Portsmouth and married Jane Dowst.

4. Remembrance; believed to have been taken captive, never returned.

5. Hannah; unmarried in 1718, named in a land deed when she Nathaniel and Francis sold the land that had been given to their father by John Ault, their grandfather. [8]

Indian Attacks
In September 1691 John Rand's parents, Francis and Christian, and his brother Nathaniel were killed by Indians in the attack at Brackett's lane on Sandy Beach. This was during what is now known as the King William's War, the first of the French and Indian Wars. These people were really living life on the edge, never knowing when or if the next attack would take place.  John and Remembrance lived near his sister Rebecca Edgerly and her family. The Edgerly house was a garrison house, fortified for protection against attack.

In the early hours of July 18, 1694 a war party of Indian/French forces swept down the Oyster River wreaking death and destruction.  The Edgerly family were awakened by the noise of the attack. Thomas Edgerly Sr. was taken captive, but later escaped. His son, Thomas Jr., his wife and her sister were able to sneak down into the cellar. Unfortunately they left the children asleep in their beds. The children were all killed. The attackers did not venture down into the cellar so the adults survived.

John Rand and his wife Remembrance were killed.  Two of his children, Remembrance and Samuel, were taken prisoner and marched to Canada. Samuel was ransomed and returned by 1697 but Remembrance was never seen again.

John apparently did not leave a will so administration of his and Remembrance's estate was awarded to their son John on March 5th following their deaths.

Shortly after the raid John's brother in law, Thomas Edgerly, wrote a letter to the provincial government asking that John Rand's house be made into a garrison house.  His own house had been a garrison, but was burnt to the ground in the attack.  He also lost a son, killed while fleeing the Indians, and other Edgerly family members were taken captive.  How the two sons of John Rand, Nathaniel and John, survived the attack is not know, but I would guess that they did not live in the family home and were far enough removed from the area under attack that they were safe. 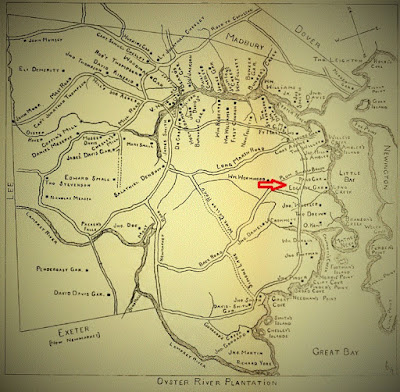 I found this statement on an family history site on the internet.  It sound like it is legit. but I cannot find the source of the info.  It is about John Rand and his mother in law Remembrance Ault.
In 1682 he entered a petition against his mother-in-law, stating that she, instigated by her son-in-law William Perkins who lived with her, was demanding his lands on which he'd lived for 15 yrs.

Update: The above statement came from the book The Genealogical History of Maine and New Hampshire.

[1] William Richard Cutter, New England Families, Genealogical and Memorial: A Record of the Achievements of Her People in the Making of Commonwealths and the Founding of a Nation, Volume 4, (New England : Lewis Historical Publishing Company, 1913).


Francis Rand was one of the brave souls who left England to help Captain John Mason establish a plantation in the wilds of New Hampshire in 1631. Francis settled in Sandy Beach, eventually to as the town of Rye, New Hampshire. He married Christian Unknown by 1645 and together they had at least six children. from where in England Francis originated or anything about his wife other than her given name.

Francis' name appears in the earliest town records for Portsmouth, of which Sandy Beach (Rye) was then a part. His name is first found on 5 April 1652. He was one of 21 listed as Townsmen. At that meeting in April 1652 down that he would lay the land for the men at Sandy Beach. Those men were William Berry, Anthony Brackett, , and James Johnson. The Portsmouth records only cover about 10 years and hey mostly have to do with the distribution of land, Francis' name and his land in those records.

Francis and Christian also appear in the Court Papers for New Hampshire. In 1640 in a court case along with others charged with . In 1648, Francis and Christian were in Court in Dover to testify in the adultery case of Anne Crowther and Henry Taylor. In 1649 in for one years' term as constable of Upper Strawberry Bank.  In 1650 in he was a witness in a case in which a man was drunk and swearing at him while he was acting as Constable. Christian to court and accused of slander by Walter Abbott in 1655, the court ruled in favor of Walter and . Francis was on the Grand Jury in 1656, 1667 and in 1677 to the Grand Jury but failed to show for which .


At the court held June 1668 Francis Sr. made an unusual request that the court "please to free his son Francis Rand Jr. from common training by a grief that is upon him". The court granted this request for three years, "supposing that in that time he would grow out of his distemper".  This same court had Francis before them for drinking to excess the year before, for which . In June 1674 for again drinking to excess but also for beating his wife. In reading the court records this seems to have been a fairly common offense committed by the men of New Hampshire. In June 1679 he for being drunk on the Sabbath and once again fined.


In 1689 Francis wrote his will.  He included his children: Thomas, Samuel, John, Sarah (Herrick), (Mary Barnes) and Nathaniel. between Thomas and Samuel. John was to money paid by Thomas and Samuel.  land which they later sold to their brother Thomas.  The brothers were to care for their mother Christian.  5 shillings. Francis Jr. and was presumably dead.  John Rand was living at Oyster River by this time on land given to him by his father-in-law John Ault.  Nathaniel in the will, the reason for which we will never know. On the last Tuesday of September in the year 1691 about 40 Indians landed their canoes on Sandy Beach.  Avoiding the Garrison they attacked the settlers. Killed were Francis and their son Nathaniel.  Their neighbor, Anthony Brackett, along with many others.  captive and sent to Canada. I knew this attack as the Brackett Lane Massacre.  Francis' will on February 19, 1691/2.

Like many of my ancestors, I don't think I would have liked Francis and possibly even Christian, and I doubt they would like me very much either.  It's disappointing to find that your ancestors is a drunk and a wife beater, but it was a different time, life was hard and living under the constant threat of death from Indians would probably drive people to drink.