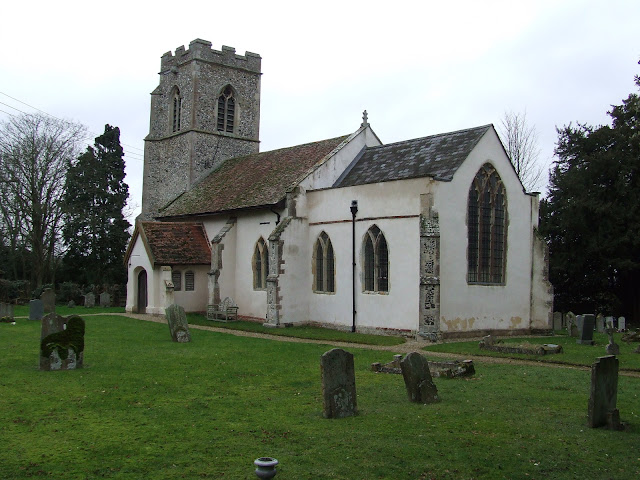 Thomas Munning, Gentleman, this is how he identified himself in his will.  The family fortunes were rising, from the yeoman class into the lowest order of the gentry.  Thomas lived in a period of time in which England flourished.  The constant wars of the past were mostly behind them and the Tudor Period was in full swing. We don't know when Thomas was born, but he wrote his will in October of 1556.  King Henry VIII had a few years left before his death and the dramatic lives of his children were yet to unfold. Here is what I can find on the life of Thomas Munning.


Not much is known about Henry Munning.  He died in 1521 leaving a will.  From this document we know that he had at least two children that grew to adulthood, a son Thomas and his sister Agnes. Agnes was married at the time of her father's death to Robert Rice and had at least one child, a daughter Elizabeth, who received a bequest from her grandfather, to be given to her when she married. No wife or child of Thomas was named, this could mean anything or nothing.  Was he married with children, but because he was the male heir, there was no need to make individual bequests or had he yet to marry.


Thomas' father left him land and houses in his will in the parish of Leyham and Nedging. His sister and her husband got some land in Blyston. A good question, to which I don't know the answer, is did he outright own the property or was it leased or a copy hold. I know that he held Nedging Hall by lease from the Duke of Suffolk.

It was not unusual for a man to have two or more wives and that is exactly the case here, or at least according to the Munnings Pedigree.  Once again, much of the information about the Munnings comes from that document.  So, it tells us that Thomas had two wives, the first one identified only as the daughter of a man who's surname was Barker.  We do not know when she was born, when she died, what her name was or when she married Thomas. I have seen her identified as Lady Barker, since we know absolutely nothing about her, then I think it's safe to say that this is a mistake. Thomas was never knighted so he was not Sir Thomas and his wife in turn a Lady. She is simply "Unknown Barker".

Wife number two, at least, has a first and last name, she was Alice, the daughter of William Risby of Lavenham.  Alice outlived her husband by over 30 years, she wrote her will in 1582 and died in 1587. Thomas says in his will that they had been married for 16 years, and that she had a daughter from a previous marriage. So, if Thomas died in 1556, then they married in 1540.

children:
Thomas is the first Munning in the pedigree to have a substantial number of children. Some are credited to wife number one and some to Alice.  They are:

Humphrey through Elizabeth are said to be the children of the first wife and the rest, children of Alice.

thomas' will
Thomas wrote his will in October of 1556, it was probated in May of 1557. Now at first glance this will seems pretty straight forward. After multiple read throughs I was struck by, not only the order in which he makes his bequests, but the size of the bequests. In general, most wills that I have read from that period start with bequeaths to the oldest son, who inherits the largest share of the father's estate, followed by the remaining sons and then the daughters.

Robert- Land in Leyham, Hadleigh, Semer
Thomas - Lease of Nedging Hall
Alice - unspecified land
George - copyhold land in Nedging
Humphrey - a farm called Hazelwood and an admonishment to not give his step-mother any trouble over it. So if the pedigree order of children is correct, then Thomas gave his youngest son the largest share of his estate.

I wonder if the birth order is incorrect, would he favor the children of his second wife over that of the first? Would the youngest inherit the lion's share?  Sure wish we could find some baptismal records!
- January 01, 2014 No comments: Links to this post