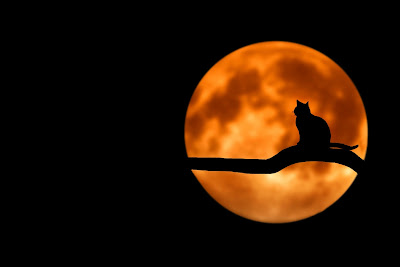 Mary Perkins Bradbury was the daughter of John and Judith Gater Perkins.  She was born in , Warwickshire, England, and on 3 September 1615.  Mary was about 16 years old when she left England and sailed with her family to New England, landing in Boston in 1631. At age 21 she made a wise choice and married Thomas Bradbury. Thomas was an agent for and kinsman of Sir Ferdinando Gorges, a key player in the early history of New England. Mary is my 8th great grandmother. Interesting, maybe only to me, her older sister Elizabeth Perkins Sargent is my 9th great grandmother.


Thomas and Mary Bradbury lived for a short time in York, Maine but by 1640 they had settled in the new plantation of Salisbury. They were a successful couple, Thomas was a schoolmaster, town clerk, clerk of courts and a military commander. Mary had a successful butter business, making enough butter to sell to the sailing ships. They raised a family, losing some children along the way, as did most families of that period.   respectable life, one in which I assume, they believed would continue until their deaths. Then came the hysteria of the Salem Witch Trials.

In early of witchcraft. Her first accusers were the "confessors", those, mostly women, who had confessed under duress to witchcraft, and then began naming other witchesThese confessors claimed Mary was also a witch and was responsible for the torment of a man from Andover named Timothy Swan. on May 26, 1692. Mary was first examined on July 2, and before the grand jury, the Court of Oyer and Terminar, on July 9. Oyer and Terminar is an Anglo-French term which means "to hear and determine".  During the proceedings of the Grand Jury five of the "afflicted girls" described how Mary's "specter" tortured them during her July 2 examination. Two of her accusers were Mary Walcott and Ann Putnam, Jr.   on July 26. Her trial was later that same day. Below are the charges against her:


"In the aforesaid and divers other and times as well before as after Detestable arts called Witchcraft & Sorceries Wickedly and hath used practiced and Exercised At and int Township of Andivor in the County of Essex aforesaid in upon & against one of Andivor In the County aforesaid Husbandman by which said Wicked Acts said upon the 26th day of July Aforesaid and divers other days & times both before and after was and Afflicted Consumed Pined Wasted and Tormented, and also for Sundry other Acts of Witchcraft by the said Mary Bradbury and done before and since that time against the peace of our Lord & Lady the King and Queen Crowne and dignity And the Of the Statute In that case made and Provided."Witnesses: Mary Walcott and


Many witnesses testified against her, described how she had turned herself into a blue boar and tried to trip the horse of their father.  Samuel Endicott, grandson of Massachusetts Bay Colony Governor John Endicott, testified at the trial that he had been in a great storm at sea some eleven years before, when his captain later saw a pair of legs appear in the waves, then a woman in a white cap and a neck scarf from the middle up.  He that since Mary Bradbury had sold the captain two firkins of moldy butter and only a witch would do such a thing, the apparition must have been her. James Carr accused her of making his sick for many months so that her son William could marry Rebecca Wheelwright Maverick.  She had seemed to prefer James, but due to his illness he could not court her and she married William instead.
Robert Pike, a highly respected Magistrate, his son Minister John Pike and many of her neighbors came to her defense.  Her minister testified to her good character and her many works of charity.

Mary also spoke in her defense:

The Answer of Mary Bradbury in the charge of Witchcraft or with the
I doe plead not guilty.""I am wholly of any such wickedness through the goodness of god that have kept hitherto. I am the servant of Jesus Christ & Have given up to my only lord & saviour: and to the attendance upon him in all his holy ordinances, in utter contempt & defiance of the , and all his works as & ; and accordingly have to frame my life; & conversation according to the rules of his holy word, & in that faith & practise resolve by the help and of god to to my end:" For the truth of what I say as to of I humbly refer , to my brethren & neighbors that know and unto the searcher of all hearts for the truth & uprightness of my heart: (human frailties, & infirmities excepted) of which I bitterly every day:" y


Mary Bradbury's trial came near the end of the witch trials spiraling out of control. Many people were protesting against the trials. When the accusers began to make witchcraft claims against the 's of the most prominent men in the colony, the judges finally began to rethink the whole process. One hundred and eighteen of her neighbors testified on her behalf. Despite being found guilty and sentenced to hang she survived.  Four others found guilty at the same time were not so lucky. It is very possible that friends "spirited" her away. She died in December 1700.

If you believe than any of this information is not correct, please let me know. There are many great sources for information on Mary and the Witchcraft Trials, the best of which is this online source by the University of Virginia. Because about the trial and her marriage to Thomas I did not cite any sources. I to see on both and some trees which have her married to a Richard Goldsmith in Wenham in 1647. I am not sure where that came from but it is obviously a mistake.

I found out today at a family reunion. That I too am a descendant of Mary perkins!

do you know if any of their children or grandchildren went to New Jersey? I am looking for information on the family of Thomas Bradbury and Susan Crane or Mary Watkins. Specifically a daughter or granddaughter of Thomas named Rachel, who married in Westfield in 1791 to Aaron Sayre.