My Thornton ancestry search was recently turned upside down when I realized that the man I though was my ancestor was not and his brother whom I always believed to be a great uncle was. I had always believed that my ancestry came through Samuel Thornton, son of James and Elizabeth Jenkins Thornton, but instead it was his brother William.  I was really quite happy when I found this out as there is not much known about Samuel, William on the other hand had quite an eventful life.

irish origins
In his book about the James Thornton family, Charles Thornton Adams wrote that they lived outside of Londonderry in what is now Northern Ireland. But William's son said that the family came from County Tyrone.  There is a Derry Townland in Tyrone, so maybe that is where they were from. A townland was not a village, it was more of a rural land division. The Thornton family had migrated to Ireland from either Scotland or England sometime in the previous century.  Their religion of choice, Presbyterian, was not a popular one in England and then in Ireland and finally to their chagrin in New England.  In the early 1700's a large number of other Scotch-Irish Presbyterians left Ireland for America.  Some went to Virginia and others to Massachusetts, the Thornton's were part of the Massachusetts contingent.

new england
James Thornton and his family left Ireland in 1718 and settled on the coast of Maine in the newly formed settlement called Brunswick.  Maine was part of Massachusetts at that time, it was also the frontier. The settlements in Maine were a dangerous place to  live. In 1690 the Indians wiped out most of the Maine settlements and it was abandoned for a while. The land drew settlers back. James Thornton was given lot #46. His land was near the head of Masquoit Bay and there is a marker on the site of his homestead. In 1722, Indians once again struck the Brunswick area, and the Thornton's house was burned to the ground.

There is no evidence for the family for the next few years. It seems probable that they remained in Brunswick and rebuilt their house. There were no further attacks for several years, but it may have been the fear of further attacks that drove the Thornton's to abandon Maine and head south to west to Massachusetts. 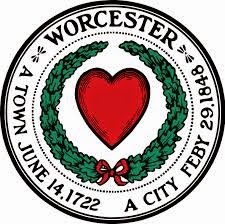 Worcester was a frontier town in 1720.  It was only about 40 miles west of Boston yet it had been attacked, abandoned and burned to the ground on numerous occasions.  What the town and the colony needed was a  barrier to Indian incursions. Who better, apparently, than the Scotch-Irish immigrants, send them to the frontier and see what happens. As it turns out the Thorntons and the rest of the S-I were not driven out by Indians but by Puritans.

The S-I may have been welcome, but their religious beliefs were not.  James Thornington was given a pew for his family to worship in the meetinghouse but he was not allowed to listen to a minister of his choosing. He and the other S-I were taxed to pay for a minister who they did not agree to and to make a long story short, they left.

So far, this has been James' story.  But by 1740, when the Thorntons started a new settlement called Pelham, William was a grown man. by  When the land was divided among the proprietors William was included, his father also sold him some of his allotments.   William must have met and married his wife Dorcas Little by early 1743 as their first child, James, was born in "Pallham" on 7 March 1744. William did not stay long in Pelham, by June of 1744 he was selling his land there and moving to a new town called Palmer which was about 19 miles farther south, near Springfield, MA.

the elbows
In September of 1744 William was buying land in a section of Palmer known as "the Elbows". Also living in "the Elbows" was the Thomas Little family, his in laws. Thomas Little's name appeared on a petition to the General Court dated May of 1732, so he had been in the area for some time.


is the grass always greener?
So far, William had moved his growing family from Pelham to Palmer.  William's brother Matthew was among things a proprietor in many of the early settlements in western and northern New Hampshire.  He acquired shares in the new "town" of Dublin, NH and although he never settled there his brother, William did. It is believed that Molly, daughter of Dorcas and William was the first child born in Dublin.  Unfortunately, by 1753, the threat of Indians once again drove the family from their home.  Next stop, Schenectady, New York.

schenectady, ny
Schenectady, New York is some 116 miles due west from Dublin, New Hampshire. Today this would take less than 3 hours to make the trip.  It must have taken days, weeks even, back in 1753. Schenectady, at least was a settled area, unlike Dublin.   Many of the residents of the area were of Dutch origin, they had founded the town in 1661. The area around Albany and Schenectady, was home to the Mohawk and Iroquois Indians who had occasionally attacked the new settlers.

James and Dorcas settled in an area then called Corry's Bush, now Currybush. Thomas Little, father of Dorcas also lived in the area. William's sister Agnes Thornton Wasson and  her family also chose to make there home in New York, in the Cherry Valley not to far from Schenectady.

Although the area had been long settled, life was probably not very easy. There was constant fear of attack from Indians and the Thornton's were part of the local militia that fought in the border wars.  The names of William, James and Matthew Thornton appear on the muster rolls of Captain Daniel Campbell's company in 1767. Charles Adams say that the William was the elder who would have been 54 by then.  I think it was just as likely, if not more, that it was William Jr. who was the more youthful 22 years old and not his father.

Dorcas Little Thornton died in 1763.  Her parents Thomas and Jane outlived her by quite a few years. Her children with William were:

In 1770, William Thornton of Currysbush sold to his brother Matthew Thornton his land in Dublin, NH. In 1771 Thomas Little, father of Dorcas Little Thornton, wrote his will.  He left some money for the four youngest children of William Thornington, they were: Mary, Thomas, John and Samuel. William also bought more land in 1771 in Currysbush, his new land bordered that of Thornton Wason, his great nephew. It would seem that William was well settled in New York.

back to new hampshire

The next time his name is found is in 1773 in a Londonderry petition. William, his sons Matthew and William Jr., and presumably Samuel left New York and settled finally in Thornton, NH. Sons James, John and Thomas remained in New York. Why did they leave? I wish I knew.

William died in 1790, he was 77 years old.  He must have been a vigorous man, at the time of his death he was married and had three small children and his wife Eleanor was pregnant.  He did not leave a will, but because of a rather lengthy probate case we learn that the names of his heirs included his sons William and Samuel and a daughter Dorcas. I believe that Samuel was my ancestor who married Catherine Baker and that Dorcas married John Durgin.

When William died his debts were more than the value of his estate, he largest creditor was his brother Matthew.  Eleanor, of course, was given her dower lands which she held until her death in 1845.  The revenue from the land was used to pay off any remaining debt from William's estate, better late than never I guess. Eleanor remarried by 1797 to Benjamin Avery.  Things did not go to well for him and he became "idle" and wouldn't or couldn't work.  William Thornton, grandson of Eleanor's husband William, and the other Selectman of Thornton, requested and were made guardians of Benjamin and Eleanor and their land.

If Benjamin and Eleanor had any children I can't find them.  I also cannot find anything on two of the children of William and Eleanor; Abraham and Sarah.  Catherine Thornton apparently never married and eventually lived with her sister Dorcas and then with Dorcas' children.

Are you a Thornton Cousin?  I would love to hear from you, I am trying to compile a tree of all the descendants of James Thornton.