As I was writing the history of Richard Kimball and his family, I was struck by the impact that King Philip's War had on his children and their families.  Most people I know have never heard of this war, the first of several Indian wars that plagued the early New England Colonies. I am currently reading a history of the war by author Jill Lipore, who describes the events leading up to the war and the colonist's perception of the fight, so it really caught my attention when the year 1676 kept coming up in the Kimball family bios. 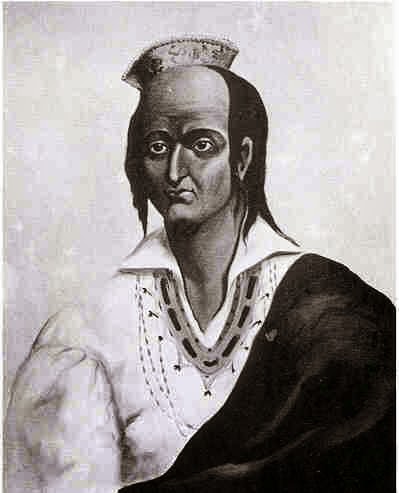 This war is believed by some historians to be one of the most significant fought by our ancestors. Waged by a confederation of Native Americans led by Metacom, known as King Philip, it threatened to wipe the colonies of Massachusetts, Connecticut, Rhode Island and Maine off the map.  12 towns were completely destroyed and many others damaged, hundreds of colonist, including men, women and children were killed and the economy was brought to the edge of ruin. Thousands of Native Americans were killed, including women, children and the old and many more were sold into slavery after the war. Both sides were responsible for heinous acts of brutality.

The war began in 1675, the year that Richard Kimball Sr. died.  It was a short war by today's standards, it was all but over when Metacom was killed on 12 August 1676.  There was sporadic fighting until 1677 in Maine. But, it took longer than the Colonies leaders anticipated, they thought they could squash the fighting in a matter of weeks. When the death toll began to mount they realized that had a true crisis on their hands.

Men of fighting age were recruited from all over, some were volunteers but many were servants or apprentices, poor men, men new to town, trouble makers and other expendables who were impressed into service. Many of them hadn't a clue about about fighting and some did not even owe a gun.

12 September 1675 Battle of Bloody Brook
This is one of those days that the participants would want to holler we want a do-over. Captain Thomas Lathrop and his men from Essex County were escorting men and grain in the Connecticut Valley.  The wagon train was had  left Deerfield on it's way to a garrison at Hadley when they were caught with their "pants down".  The men had stopped for a rest while the carts were crossing "Muddy Brook", finding wild grapes growing along the water's edge they  put down their weapons to enjoy this treat. Unbeknownst to them, they had been closely followed by a band of Indians who took full advantage of the situation.  Captain Latrope and most of his men were massacred.  Only a handful of the 80 men survived. Among the dead was Caleb Kimball, grandson of Richard and son of Henry Kimball.  He was 28 years old.  One of the few survivors that day was Robert Dutch, the husband of Mary Kimball Dutch, daughter of Richard. Others say it was Robert Dutch Jr. which would make more sense. Robert had been shot, "mauled by hatchets", stripped and left for dead.  He was found by Captain Mosley and his men the day after the battle and eventually returned to health and his family in Ipswich. Muddy Brook was known as Bloody Brook thereafter.

13 March 1675/76 attack on Groton
On this day the town of Groton was attacked.  Richard Sawtell's garrison house was burned to the ground. He and his family were forced to evacuate to Watertown.  When the war ended, he and his family chose to remain in Watertown, and never returned to Groton. Elizabeth, the wife of Richard Sawtell, is said by some to be the daughter of Richard Kimball, however this remains unproven.

3 May 1676 attack on Thomas Kimball
In an isolated, but still deadly attack, three "praying Indians", those that the English thought they had converted to Christianity, attacked the Rowley home of Thomas Kimball, son of Richard Kimball. Thomas, age 43, was killed.  His wife and five children were taken captive, but luckily were returned home after about 40 days.

19 May 1676 Battle of Turner Falls
On 18 May 1676 Captain William Turner and about 150 men attacked a sleeping village of Indians.  The end result of the attack was the slaughter hundreds of mostly Indian women, children and the elderly with the loss of only one Englishman. The noise of the battle however alerted nearby groups of Indians also camped along the Connecticut River. The following day these Indians launched an attack on the English, who had not mapped out an escape route in the event of trouble. The English unable to agree on an escape route and unwilling to stay together splintered into many groups fleeing from their attackers.  The end result was the death of William Turner and at least 40 of his men, including Joseph Fowler, husband of Martha Kimball Fowler, daughter of Richard Kimball. This day is remember by Native Americans as the Turner Falls Massacre.

Soldiers who survived
Other Kimball's who fought in and survived King Phillip's War include Richard's grandson Thomas Kimball, son of Richard.  He served in three expeditions during the war. His first cousin Henry, son of Henry of Wenham and brother of Caleb who was killed at Bloody Brook also served in the war.

end result
This little known war was a defining moment in American History. Many historians believe that the events of the war were a catalyst from which emerged the the beginnings of the American identity. The English colonist realized that they were going to have to rely on themselves and not their fellow countrymen back in England for their survival.

The other victim in this war, if you can call it that, was the very identity of the Puritan colonist. After they arrived in New England the Puritan's had held themselves up against the behavior of the Spanish Conquistadors and had judged themselves superior in their treatment of the native population.  They were not like the bloody, cruel Spanish, they had a different more humane way of dealing with the Indians. The events of King Philip's War, from the Great Swamp Massacre to the Battle of Turner Falls proved them wrong.

We I read this it seems to come across as harsh and judgmental, it's not meant to be. There are two sides to every conflict and those who fought, died and survived King Philip's War are long, long dead. The English, the victors, left their version of the events but the losers, the Indians, had no one to write their story.  Both sides fought for their survival, their future, the Kimball's side won, we won, and we are who we are because of this little war.