Ancestors of Anthony Colby of Horbling, Lincolnshire and Salisbury, Massachusetts

This post is about my immigrant ancestor Anthony Colby and his ancestors. They have been well researched by several outstanding genealogist including John Brooks Threlfall and Robert Charles Anderson.  Much of what I am including in this bio comes from their published works. I have tried to throw in a few details about the daily life of these people as it makes them more real to me.  If all I know about Anthony Colby is when he was born and when he died,  he loses his appeal in my eyes.  I like to try to imagine what life must have been like for him and those who came before me.

I am descended from Anthony Colby thru two of his children, so that must make him my double 9 times grandfather. Two of his children married two of William Sargent's children. Anthony moved several times prior to settling down in Salisbury.  I am also related to over 14 men who settled in that same town.  If someone asked me where I can from I could almost say "I'm from Salisbury".

english origins
Anthony Colby was baptized in St. Andrew's Church in Horbling, Lincolnshire on 8 September 1605. Infants were usually baptized quickly after birth so it's pretty safe to say that he might have been born in late August or early September. Horbling is and was a small village in the parish of Sempringham which also includes the village of Pointon. The Colby name can be found in records going back to the 1400s. The Sempringham that those early Colbys knew was very different that what it is today. If fact there is almost nothing left of Sempringham, and what there is left of it is hidden underground.

Sempringham was once a flourishing Saxon village with a Monastic Abbey dedicated to St. Gilbert its founder. Gilbert was the only Englishman to start a purely English religious order, the Gilbertine Order which once had 2000 monks and nuns in thirteen houses spread over England. Today all that remains is the parish church also dedicated to St. Andrew, it was built in 1120. Those early Colbys would have lived near the Abbey and seen its destruction during the dissolution of the monasteries by Henry VIII in 1538.

Although the Colby name is found in very early records, the first identifiable ancestor of Anthony Colby is his grandfather Matthew Colby.  He was born about 1530 in the village of Pointon.  His parents names are unknown, but we know that when his mother died, his father remarried.  He and his new wife Agnes, who was a widow with children, did not seem to have any children together. His father died leaving Agnes widowed yet again.  She wrote a will and died in 1575/6. Unfortunately, she left no clue as to her husband's name.

matthew
Matthew lived in the village of Pointon. He married, about the year 1555, a woman known to us only as Mary.  He described himself as a husbandman in his will. A husbandman in 16th century England was usually a farmer, he probably did not own the land he farm, but held it from the owner, or lord of the manor, and paid rent for it. A husbandman was a step below a yeoman on the social/financial scale, but above that of laborer.

Much of what we know about Matthew and Mary comes from their wills.  They owned steers, cows, sheep, pigs and horses. They grew pease, barley and "corn".  Corn in England was not the same as corn in America. The word corn was used to describe wheat, rye or barley, basically any grain could be called corn. Europeans called american corn "maize". Matthew Colby and his brother William  were co-owners of a horse-mill, probably used for grinding  grain.  His brother deeded his share to his son in his will. Matthew also had something called  a kill-house, which I assume was a slaughterhouse. Matthew probably relied on his sons and daughters to help farm and run the mill.

mary
While her husband and sons were out working the fields and tending to their animals, Mary and her daughters had their work cut out for them with the running of the house. Just putting food on the table consumed hours of their time. All meals were made from scratch. They most likely made their own butter and brewed their own beer. They may have made bread and cheese as well.We have no idea how big their house was but in her will Mary bequeathed tables, chairs, bedsteads, feather beds, pewter, kettles, chafing dish, candle sticks, a great brass pan, brass pots, and iron brew pot, lots of linen including sheets, pillow cases, and table linen. She did not seem to have a spinning wheel or loom so it would seem that she bought any material needed for making clothes and all those sheets listed in her will.

Several of Matthew's siblings have been identified, mostly through their wills. His brother William, the co-owner of the mill, and his family also lived in Pointon. William died in 1569, leaving his wife to raise their children. He left his house and land to his son Richard. Joan, his wife, died in 1578, their daughter Margaret was still a minor.  In her will Joan directed that her brother in law Matthew was to have charge of her until she reached her majority at 18. At that time she would be paid her inheritance by her brother. Matthew was also to have use of some of the land for Margaret's benefit. Matthew also had a sister Alice and a brother Robert both named in his will.

In October of 1591 Matthew Colby was sick, so sick that he was, in fact, dying. He wrote a deathbed will on the 8th and was buried in the churchyard at Sempringham two days later. In his will he made bequests to all his children and his brothers and sisters. The bulk of his goods he left to his wife Mary. No real estate was mentioned in the will.  Matthew was probably about 60 years old when he died, it was a decent life span and there is nothing unusual in his death, until you hear the rest of the story.

It is very likely that their deaths were the result of some communicable disease.  The 1590's were especially cold and the crops failed in 1591.  With hunger and famine come disease.  Now the Colby's may have had plenty to eat, but this might not be true for all the folks living around them. With little to no knowledge about the spread of infectious disease the Colbys were as susceptible as anyone else.


Thomas Junior was lucky to survive the epidemic which took his parents and two of his siblings. He was 24 when his parents died.  He married five years later in 1596.  His wife was Anne Jackson of Horbling. Horbling is only a few miles from Pointon.  Thomas had branched out from farming and was a tailor by trade. He must have been fairly successful as he had bought a second house in the town of Donnington about six miles to the east of Horbling. Not much else is know about Thomas.  He wrote his will on 10 December 1625 and was buried the next day. 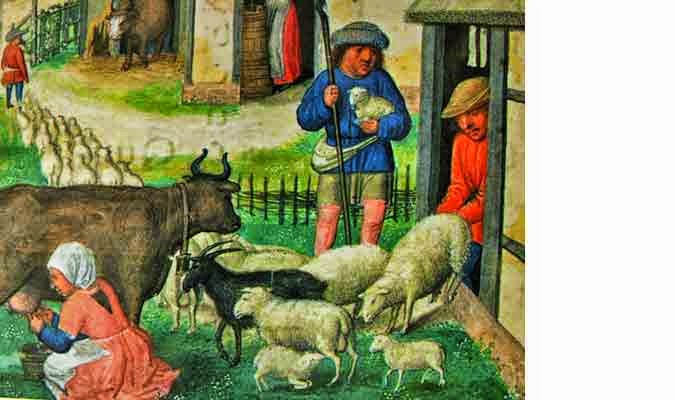 Anne Jackson was the daughter of Richard Jackson of Horbling. His family can be traced only to his father William.  The Jackson family seems to have been better off than the Colbys.  In their will the Jackson men styled themselves as yeoman. The men also held positions in both the town and church and either owned or held by copyhold land and houses.

william
Anne's grandfather was William Jackson of Horbling.  Although he described himself as a husbandman he seems to have been fairly well off.  He was born by the year 1500 and married Agnes Pickworth by 1530 or so.  They had two sons and six daughters.  William wrote a deathbed will in early May of 1549, Agnes died in 1571 also leaving a will.


Although William lived in Horbling, he also owned land and a house in nearby Threckingham some 2 1/2 miles to the east. He left the Threckingham land to his son John on the condition that he listen to the counsel of his mother, brother and uncle. If not, the land would go to his brother. William is recorded as being a Village Alderman in 1538 and 1540.  The aldermen were like a medieval city council.  They attended to village matters and settled local disputes. Aldermen were usually the wealthier villagers.

William's daughter Joan married a man from Threckingham.  The were well off having land in at least six different locations.  In his will Joan's husband was able to leave a significant amount of money to his children and grandchildren and listed several silver spoons in his bequests.  William's daughter Margaret was married to the Vicar of Horbling.

When Agnes Pickworth Jackson died in 1571 she made bequeaths to all her living children, grandchildren, god children.  She left money for the church in Horbling, for the repair of the Lincoln Minster and she left money to every Cotter (small farmer) in the village. These bequests probably had more to do with the state of her eternal soul and a social conscience, but I'm sure the money was welcome.


Richard Jackson was probably the second son of William and Agnes.  He was born around 1537-1542. His wife is known only as Elizabeth, her parents have not been identified. They had at least seven children. Richard wrote his will, in which he was called a yeoman,  in October of 1607.  He was buried in the Horbling churchyard on 25 Oct 1607. Elizabeth was buried 14 September 1619.

Richard, like his father, held various village positions.  He was churchwarden at the Horbling church for many years. His brother in law, Anthony Langton, was the Vicar at Horbling from at least 1577 until his death in 1583, which may have influenced his appointment to the job. The churchwarden was responsible for the public parts of the church, including any books, linens or silver. He was also responsible for the churchyard.

In 1578 Richard was recorded as being the village constable. This was an important position.  The duties of which included administration of the local militia, serving court orders,apprehending criminals, collecting taxes, as well as other duties.


Anthony Colby never left any direct evidence to tie him to this Colby family in Horbling. But the fact that he was of the right age, that he disappeared from English records at the right time and the clincher, he was from the same small village as Simon Bradstreet seem to make his identification correct.  My next blog post will be about Anthony and his life in New England.

This book by Threlfall is a fantastic source for your Great Migration Ancestors including Anthony Colby. 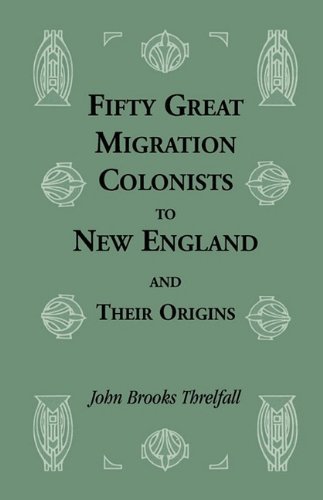