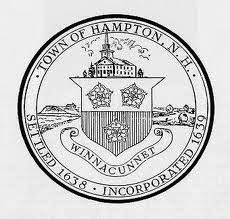 There is not much written about William Brown.  We know he was the son of Benjamin Brown of Hampton and his wife Sarah Brown of Salisbury. His father, Benjamin, inherited much of his father's farm, known as Brown's farm. In a deed in 1720 he gave William two pieces of land and one piece of marsh. William had already built a house and barn and was living on that land when he was finally given the rights to it. This was a common way for a man to hold onto his land until close to his death and yet allow his son to make use of it without outright owning it.

marriage and children
On 9 June 1701, at the age of twenty one, he married Ann Heath, the sixteen year old daughter of John Heath and Sarah Partridge Heath of Haverhill, MA. Their first child was born, predictably, about a year later. They had at least ten children, William died in 1725, his youngest child was not quite a year old at the time.

Children of William and Ann (Heath) Brown, born at Hampton:

land and work
William began buying land in 1707. For the next several years he made multiple purchases of land. Some of it marsh land along the beach and some of it land in the First West Division. From his deeds we know that he was a weaver by trade. He seems to be the first in his family to have an occupation other than farmer.

At the bottom of this current day map you can see Brown's River and Rocks Road. 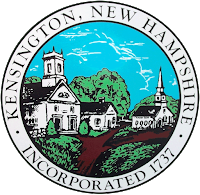 On the 26th of August 1725, William Brown was a sick man. He was only 45 years old, but he was dying. He wrote his will on that day. We don't know when he died but it was before the 26th of October, as that was when an application was made to inventory his estate, so he had to have been dead by that date. His will confirms that he was a weaver, as he leaves his loom and tackle to one of his children. He names in his will four sons: William, Benjamin, Nehemiah and Stephen and his daughters: Rachel, Sarah, Ann and Elizabeth and Lydia.

Rachel, Sarah and possibly Anna were all married before their father's death. The youngest child, Stephen was only about one year old.

Ann, his widow, never remarried. The land that William had bought in his many transactions was in the First West Division of Hampton. This area was set off from Hampton Falls in 1761 and became Kensington. So although it looks as if the family moved from Hampton to Kensington, it was merely a name change, not a location change.

Ann and all her sons lived in the Kensington area. She may have lived with one of them. In 1764, she gave her son William's land to her sons Stephan and Benjamin. William Jr. had died with no wife or children, so his mother Ann was his heir. Ann herself died the next year on 7 August 1765 in Kensington.

Item I give to my son Stephen an Equal Part with Benjamin & Nehemiah & to have my Land at ye great Hill & what that wanteth of his Part by measuer to be made up to him on ye West sid of my Land at home—&_all my mashs to be devided amongst my fows sons after thay all come to one & twenty years of age William to have his duble Part & ye rest all a Like in quantity .

Item I give to my beloved Wife Ann all my Puter Brass Iron beding 8:. all my moveables with my Hows what so Ever

I Likewise Constitute make & ordain my Beloved Wife & my sone \Villiam my sole Execntorex & Executor of this my Last will & testiment in witness whereof I have hereunto set my hand & seal y“ Day & year above Written
signed sealed Published Pro- william Brown nownced & Declared by y“ said William Brown as his Last Will & testiment in y" Presents of us y° subscribers
Peter Weare
Samuel Clifford
John Clifford
[Proved May 19, 1726.]
[Warrant, Oct. 26, 1725, authorizing Col. Peter Weare and Samuel Clififord, both of Hampton, to appraise the estate.]