origins
Joshua Thornton was a young boy from Uxbridge, Massachusetts who joined in the fight against England during the American Revolution at the tender age of eleven. He was a fifer. Uxbridge is near the Rhode Island border so it is possible that he belonged to the Rhode Island Thorntons. He does not appear to James Thornton of Londonderry, New Hampshire, although he ended up a neighbor of some of his descendants. as a baby by Jonathan Penniman and his wife. 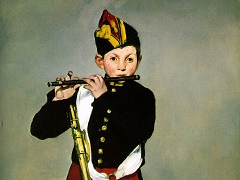 Immediately following the battles of Lexington and Concord, young Joshua Thornton enlisted with a group of Minutemen under Captain Wyman and Colonel Patterson. They marched to where he was present during the Battle of Bunker Hill on 17 June 1775. His unit did not in the fight but were guarding a redoubt between the hill and the river.

Joshua was part of the Music Levies, the Fife and Drum Corp. The fife is an instrument similar to a piccolo. Fifers were noncombatants and ranged in age from 10 to 18. Along with the regimental drummers the fifers played musical signals to direct soldiers before, during and after battle.  Still, Joshua was just a child, what was his mother thinking!

At the end of eight months Joshua returned home to Uxbridge. He states that in December 1776 or January 1776 he left Massachusetts and settled in Moultonborough, New Hampshire with the Adna Penniman Family.

March 1777
In Joshua reenlisted, again as a Fifer under Lieutenant Adna Penniman, his brother. He was still young, only about 13 years of age. His company marched to Fort Ticonderoga in New York. Ticonderoga in the face of General Burgoyne who was on the march from Canada. Joshua was in on guard duty, protecting vital stores when his company to to Fort Ann, then Fort Edward and finally Fort Edward.  as Cohoes Falls before General Gates ordered them into battle against Burgoyne at the Battle of Bemis Hills. 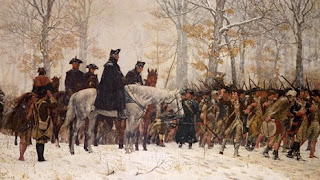 Immediately after the Battle of Bemis Heights Joshua's regiment marched to Valley Forge to join General George Washington. He and his fellow soldiers endured a terrible winter under exacting circumstances. During this time to Fife Major.

Sullivan Campaign
The 3rd New Hampshire returned to New York General expedition against the Indians of Western New York. Joshua was present at the Battle of Newtown and other skirmishes with the Indians and their Tory allies. In 1780, after three years of battle, Joshua returned home to Moultonsborough. What tales he must have told. The Penniman Family left Moultonsborough and Joshua with them, to settle in Plymouth, New Hampshire where he lived until 1805.

Plymouth
Joshua married in Plymouth on 24 November 1790, Hannah Nevins. They had four children, including two sons; Adna and William. She died in 1828 in Lyman. Joshua remarried a much younger Sarah Converse in 1830. She was he was 66.  He was very successful, served as Justice of the Peace, Selectman and other civic positions.

Pension
Following an act of Congress, a pension. Joshua, applied on 14 August 1832, now an old man, 68, living in Lyman, New Hampshire with his wife Sarah Converse Thornton. For his service $88.00 per year.