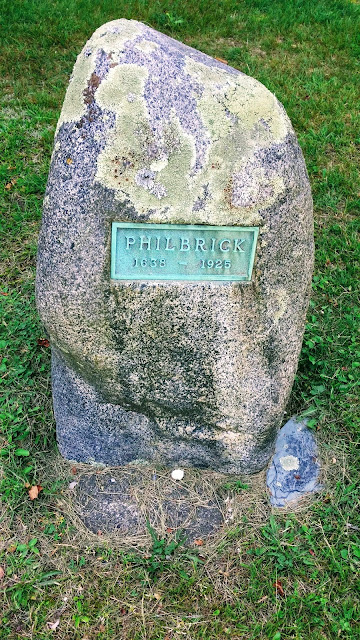 english origins
The Philbrick Family of Hampton, New Hampshire has been traced to their English home in Bures St. Mary, County Suffolk. There they lived in a world of Manor Courts and rolls, a way of life which evolved over hundreds, if not thousands of years. James was born into this life and christened at St Marys on  2 December 1619. [1]  the 1631 christening of a daughter, [2] Thomas Philbrick and his family sailed to New England and a newly invented way of life.

hampton
After a few brief stops in Massachusetts the Philbrick family settled in the New Hampshire town of Hampton.  James was  a mariner by trade. The waters of coastal New Hampshire were akin to today's highways, bringing exports, especially wood products such as pipe staves and masts for ships, to the larger ports in exchange for English imports of cloth and other goods. In addition to working on the water, James farmed, buying marsh land in 1650 with his brother Thomas Jr. The rich marsh salt grass was cut and used as fodder for cattle.

12 : 10 mo : 1650 Edward Colcord mortgages to James ffilbrick and Tho: ffilbrick jr marsh which was formerly possessed by Walter Roper, adjoining Rob: Page and the beach. 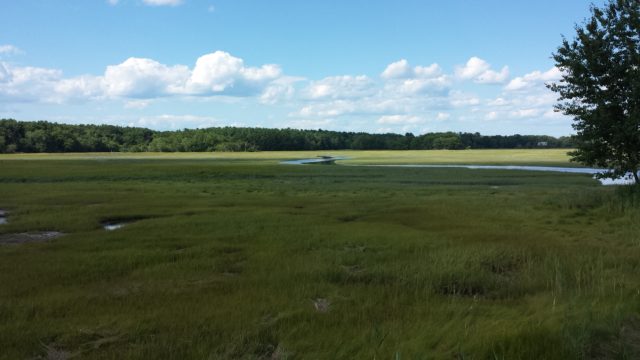 lot no. 52 of 40 acres in the  called “The new plantation” which became Seabrook.


family
James married Anna Roberts, daughter of Thomas and Rebecca Unknown Roberts of Dover by 1650.  According to Torrey, he had married in 1644 a Jane? Roberts, but nothing more is known about her. [4] Their first child was born July 1651. More children followed and by 1668 they had eight children. [5]

It was once believed that Bethia Philbrick who married Caleb Perkins in 1677 was also a child of James and Anna. [6] The Hampton Lane Memorial Library genealogy site does not include her as a child. Her profile on the genealogy site WikiTree also disputes her parentage and lays out a compelling case for her to be the daughter of Thomas Jr. [7] Thomas and his wife are recorded as being the parents of Bathia Philbrick how was born on 15 December 1654.

death
James died on 16 November 1674, he drowned along with another man in the Hampton River. [6] His widow Anna probated his estate. The following year she married widower William Marston on 5 July 1675. Between them they had 15 children.