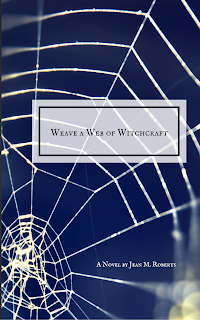 In researching my book on Hugh and Mary Parsons of Springfield, Massachusetts, I realized there were two other contemporary men by the same name. Hugh Parsons of Watertown and Hugh Parsons of Portsmouth. They appear to be distinct men who are sometimes confused by family genealogist. Here is what I know about each of them.

Hugh Parsons of Springfield
Hugh was born, presumably in England and immigrated to Springfield by 1645 when he signed a contract to make bricks for William Pynchon and married Mary ____Lewis on 27 October. The records show the couple had three children, a daughter Hannah and sons Samuel and Joshua. There is no further record for Hannah, Samuel died as a young child and Mary is recorded as killing her son Joshua. Mary died in prison before she could be tried for witchcraft. Hugh was tried and found guilty but his conviction was overturned and he was released from the Boston prison. His land in Springfield was sold and the monies forwarded to him. No further record of Hugh Parsons has been found. [1] See my book, Weave a Web of Witchcraft on the life and times of Hugh and Mary Parson.

Hugh Parsons of Rhode Island
Hugh Parsons of Rhode Island is first found in the records in 1658 when he was a called to jury duty.  This would imply that he was well established in the community. In 1662 he served as constable. He had two daughters; Grace, born about 1635 and Hannah b. about 1645. At his death his wife's name was Elizabeth. According to Find A Grave he was born on 11 March 1613 at Beaminster, Dorset, England. There were two men Joseph and Benjamin Parsons of Springfield, (no proven relationship to Hugh) who are said to be for that town. [2] According to this website, he was born in 1613 in Great Torrington, Devonshire, England.

Hugh's second wife, Elizabeth is frequently said to be Elizabeth England, but this is not correct. See this website for a great explanation.

Hugh's daughter Grace was born about 1635 and married William Bayley of Salem Massachusetts by 1652 their son was born the following year. The left Salem for Rhode Island in 1655. Hugh Parsons of Springfield was in prison in Boston in 1651-1652.

Would William Bayley married a woman whose father was charged with witchcraft and in prison, fighting for his life? Would a man charged with such a serious crime, found guilty but then released, have such high standing in his community that a few years later he is serving as constable? This seems improbable to me. [3] There is no reason to believe they are the same man.

There is also a Register article which lays out the parentage of Elizabeth Parson's daughters and proves her surname was not England as is frequently found in family genealogies. [4] 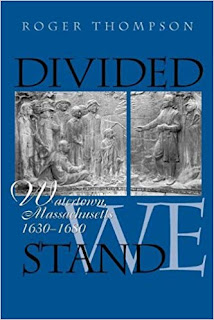 Hugh Parsons of Watertown
This Hugh Parsons seems to have be rather poor. In 1649 he was given a grant by the town to procure a house. The town frequently gave him a helping hand with food and provisions. He is not mentioned much in the records of Watertown. He is known to have one daughter named Ruth was is in the records. She was raped by a neighbor at age 8.  When she was about 35 years old she married a man twice her age. See this fantastic book on the formation and early years of Watertown, MA.