The story of Robert and John Hazeltine should probably start with the Reverend Ezekiel Rogers, who was to play a large role in their future  many others who came to the Massachusetts Bay Colony. Ezekiel was a radical puritan minister in England.  The Church seems to have been a family calling. His father Richard, brother Daniel and cousin Nathaniel Rogers were all ministers. After graduating from Christ College Cambridge University in 1608 Ezekiel became Chaplain to Sir Francis Barrington of Hatfield Broad Oak in Suffolk. Sir Francis was very wealthy and   for Ezekiel the living of St. Peter's in Rowley, Yorkshire in February 1620.

In 1638, the village was , but parishioners would travel from nearby villages to the church for services. Ezekiel's career ended, as did many other puritan ministers, because he refused to read from "The Book of Sports".  The purpose of the book was to spell out what "sports" were allowable on the Sabbath. Puritans, of course,  on the Sabbath, except going to church. Ezekiel convinced his congregation to leave England and sail with him to Massachusetts, where they would be free to worship in the manner of their choosing.


The village of Rowley does not exist today. Twenty local families left England and emptied the parish of its residents. Ezekiel and his group sailed from nearby Hull on the ship "The John of London".  They landed first in Boston, and then sailed to Salem, where they sought permission from the General Court to start a new plantation.  In 1639, the plantation of Rowley was underway.  in their undertaking. 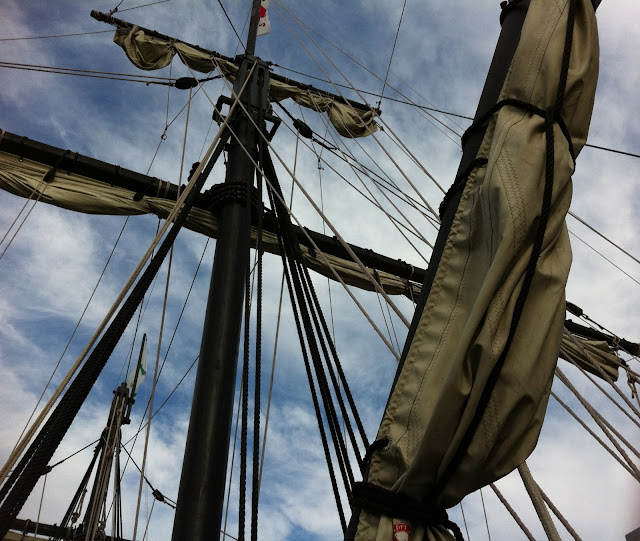 So how do Robert and John Hazeltine fit into this scenario?  Did they sail on the John or did they join up with Ezekiel after they arrived in Massachusetts? For starters, there is no ship manifest of passengers for "The John of London", so there is no way to prove they wereon board. Their lives were rather ordinary, so nothing much is recorded about them. If they ever discussed where they were from, it was not written down.  There was, however, a family named Haseltine which lived in a village rather close to Rowley, Yorkshire, called Knedlington.  A Robert Haseltine of Knedlington had at least four sons baptized in the nearby Village of Holden, they were: Edward (6 Feb. 1608), Robert (2 Jan 1610,[1] John (23 Aug. 1612) and George (23 March 1613). These baptisms can be found in the Howden parish register.


Robert Sr.  to be the son of Edward Hesseltine, b. 2-22-1582.  He married Joanna Swanne of Gilberdyke at the parish church of Eastrington in 1609. I have not seen the documentation for these names and dates, but am hoping to find some kind of confirmation. WARNING:  This is  proof of any kind, it is only a possibility!

Anyway, Robert and John Hazeltine, , arrived in Massachusetts by 1639 and are among the first settlers of the new plantation of Rowley. Robert and John were farmers and everyone knows that a farmer needs a wife. The first recorded marriage in the new town of Rowley was that of Robert Hazeltine and Ann Unknown. Thery on 23 October 1639.﻿

Robert and John began the arduous task of clearing land for planting. The brothers were the first settlers, along with William Wild, to clear land along the Merrimack River by 1650. This became known as Rowley Village on the Merrimac and finally as an independent village called Bradford. John would eventually cross the river and finally settle in Haverhill, MA.

In 1652 the town of Rowley gave Robert, John and William Wild 40 acres of upland each and each was to have commons for 20 head of cattle to fence in if they wanted and 20 acres of meadow land. to fell trees for pipe staves, firewood, timber to build houses and fences. the right to keep swine. They would also from paying taxes to the town for the space of seven years.  In return Robert, John and William would be in charge of the towns cattle herd.

bradford
When enough families had settled in Rowley Village, the settlers petitioned the General Court, asking to into their own town. In 1668 the Court agreed to their petition provided they hire an orthodox minister and be able to pay his rate. The Bradford men seem to have already this and had hired their minister.  John Hazeltine had donated an acre of his land to for a meeting house.  At a town meeting in 1670 Robert Hazeltine and his son-in-law Benjamin Kimball to a committee charged with setting up and furnishing said meeting house. In 1671 the authority to call and require men to work on the meeting house. A list of the first church members includes the names of Robert Hazeltine's family.


court orders
several times in the records of the Essex Quarterly Court.  If you have never read the records, they are pretty entertaining.  Those naughty puritans! Anyway, Robert served on several juries, and to keep a ferry for crossing the river.  One case of interest, in which as a witness, involved a man named Robert Swan.  The case is very confusing and involves a cow which by various men as their own.  Anyway, why he did not go to "his cousins" the . This wording might mean anything or nothing, but it reinforces a connection with Yorkshire, as Robert's mother was supposedly Joanna Swanne.  A good deal of ancestry trees have Richard Swan of Rowley as coming from Gilberdyke.  Again, I have of the actual records which support this claim.


John Hazeltine married a few years after his brother, his wife was Joan (Anter). In the book "Genealogical and Family History of the State of Maine", George Thomas Little, stated that Joan was from Biddeford, England.  She came as a servant to the Holman family.  researchers have glommed onto the name Biddeford, which is in Devon. Many, many websites and ancestry tree say that the Hazelton's are from Biddeford, but if the evidence that they are from Howden is not enough to proof, then there is nothing that I have seen that would lead me to believe that they were from Devon.


This map shows the area where the Hazetines and the Swans are from.

Children of Robert and Ann Hazeltine

rip﻿
Before they died, Robert and Ann buried three of their small children.  Robert died in Bradford on 27 Aug 1674 and Ann on 26 Aug 1684.  I have seen Ann's date of death attributed to Joanna Swanne Hazeltine.  I'm not sure why that is, but I do not believe that she left England. 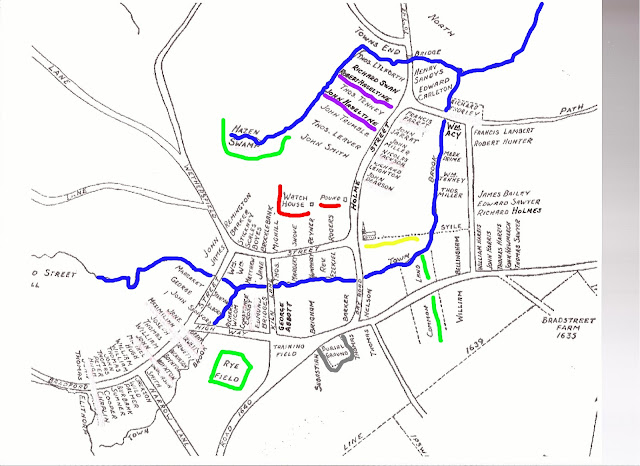 Deliverance lived to adulthood and married Nathaniel Dane, son of Francis Dane. During the Salem Witchcraft Trials of 1692, Deliverance was accused of Witchcraft. She was interrogated and confessed. She also implicated her father-in-law, Francis Dane, a Puritan Minister. He was not questioned and in fact was instrumental in the ending of the trials. Sadly, her testimony did not survive. Deliverence survived and died in 1735.

in the novel, The Physick Book of Deliverance Dane by Katherine Howe. I've read this book and found it very enjoyable. It is a fiction, so reader beware. 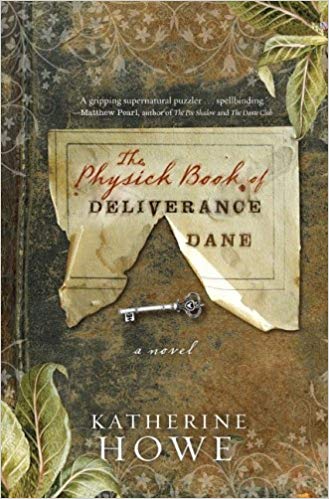