Benjamin Brown and his wife Sarah Brown? of Hampton and Seabrook, NH 1647-1736

Benjamin Brown of Hampton and Seabrook was the third child and second son of John and Sarah Brown, English immigrants to New Hampshire. He and all of his siblings were born in New Hampshire which makes it likely that his parents met and married in New England. [1] In his genealogy of the family, Joseph Dow suggest that Sarah might have been Elizabeth Brown, same parents, different given name. , Davis, Libby say that the information on Sarah Brown's ancestry comes from one Asa Brown who first made the claim in 1851 and again in 868. The tradition of the marriage is undocumented and based solely on family history. [2] There is no way to prove or disprove his claim. Make of that what you want.

Children
The couple had at least ten children in a 21-year period. This is typical of families in the pre-birth control era where children arrived about every 2 years. They lost only one child at a young age. They were: 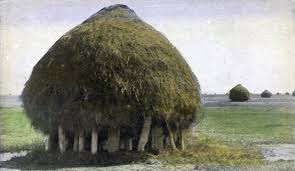 Benjamin lived in Seabrook, south of Taylor's River on land given to him by his father. This land was very close to the line with Massachusets, near Salisbury and by Timothy Dalton. It was on the Rocks Road. There is still a in Seabrook, not to far south of Brown's River. He executed many deeds, both buying and selling parcels of land, including marsh and thatch land. ﻿

Occupation
Like his father, John Brown, Benjamin and his brothers were engaged in the raising of cattle. With the rich salt grass of the great Ox Common at their disposal, they feed and raise their herd. [3]