Nathaniel and John Merrill of Wherstead, England and Newbury, MA 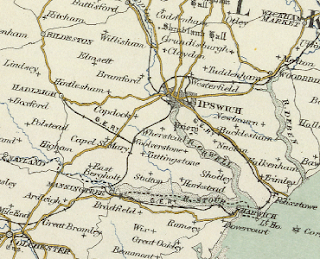 ﻿﻿If you have seen genealogies for the Merrills that go back to a John Merrill 1400-1452 and his wife Katherine John 1402-1451, erase them from you database as they are fictitious.  many ancestry trees and other genealogy
Many websites claim that the Merrill family pedigree has directly back several centuries to Thomas Merrill . 1444, this is not true.  The first Thomas   left a will dated January 1463, if he was born in 1444 he would have been only 19 years old.  Since Thomas left about 10 children, he must have been born much earlier. Thomas, or possibly and earlier ancestor started a family tradition which would and still life miserable for genealogist 400 years. [1]
too many
How, you ask, did they do this?  Thomas had not only two sons, both living at the time of his will, named William, but also two sons who survived childhood named John. One of these two Johns as the John Merrill 1528. There is a 65  year gap between the death of Thomas in 1463 and a John in 1528. If either of the sons of Thomas named John was this man, he lived to a great age. The more likely explanation is that there is a generation, or two missing.  [2]

To confound matters even more the John Merrill of the 1528 will also had two sons named John. A subsequent John, possibly one of his son, will dated 1551, continued with the two Johns tradition.  This makes it impossible to pinpoint which man was the direct ancestor of Nathaniel and his brother John.

This leads 1600. The problem with drawing a line from this John to Thomas is that there is no way to tell who his father was or who his father's father was.  Each of these men had sons with names other than John, any of which could have been the father of a John.   Oh, it's too confusing, but what I am trying to say is, despite seeing trees with each man directly linked to the next, there is nothing to back up their claims. [3This argument for direct by Mary Lovering Holman in her Pillsbury Ancestry book, but she does not offer concrete proof.4]

thank you,  for naming your son
Blessedly, the John of the 1600 will named one, and only one, of his sons Nathaniel. This John is Nathaniel the immigrant's grandfather, and this we can prove. We know that his wife Prudence, and they had at least three sons, John, of course,  Michael and Nathaniel. Some family history's claim Prudence's surname is Bird, I do not know what their source is for that.  See this page for the complete will of John Merrill proved December 1600.

Nathaniel, son of John and Prudence
On  27 Feb 1591/2 Nathaniel  married a Mary at St. Mary's in Belstead. Her name Blackwell// . Here is a link to the transcription on .. The baptisms of Nathaniel and Mary's children . August 16, 1599 and his brother Nathaniel, baptized 4 May 1601 at St. Mary's Wherstead, a year after his grandfather passed away. [4]

Below is are a list of births/deaths in Wherstead and Belstead as found by Samuel Merrill. Notice that here Mary's name is .

Nathaniel Jr.
in England possibly at St. Mary's in Lawford, Essex.  Lawford is about eight miles due south of Wherstead. Three of their children: Susan, Abraham and John there. See this transcription.  in , making it unlikely that Nathaniel immigrated prior to .

Susanna's last name at birth is unknown. A 2009 article in the Connecticut by genealogist Nancy L. Dodge lays out the case against her begin a /Wolterton. Her second husband was a Jordan. as Susanna Unknown.
to be the daughter of Susanna Unknown and father.  Her mother remarried a Gregory or Wolterton.  Susanna's maiden name is unknown. According to a Merrill Family Website, baptism of four of his children also took place at St. Mary's in Lawford.  The last record of this Merrill Family is the baptism of Susan Merrill, which took place on 12 December 1638.

immigration
It is not clear to me exactly when the brothers arrived, whether together or separately or on which ship they traveled, but they were both settled in Newbury by 1639. Nathaniel was then a married man about 40 years old with four children.    He took the freeman's oath in 1640.  about him until his death in 1654/5. 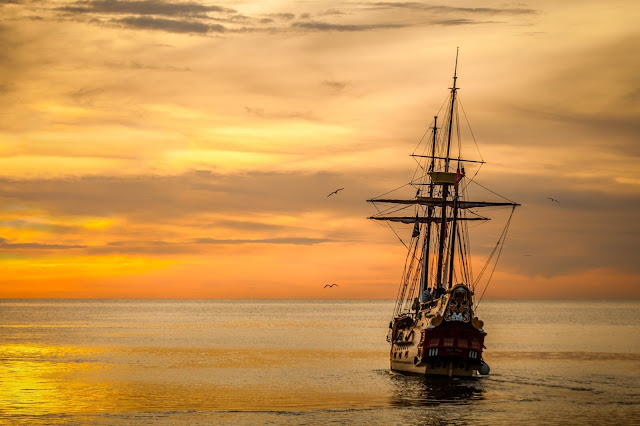 [2] Merrill, Samuel, 1855-. A Merrill Memorial: an Account of the Descendants of Nathaniel Merrill, an Early Settler of Newbury, Massachusetts. Cambridge, Mass, 1917-1928.