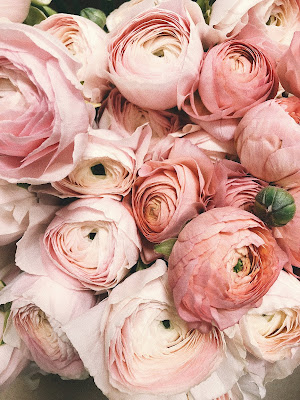 was born on 13 May 1779, in Campton, Grafton, New Hampshire. Her parents were Benjamin and Baker.  This was obviously a tumultuous time, the American Revolution was in progress and her father, uncles and grandfather were all active in the war. In about her father:﻿

BENJAMIN BAKER, son of Benjamin, of Epping, was among the first to rally to the relief of the country. to have been at Bunker Hill with Stark's men who fought so gallantly at "the rail fence filled with hay," and who were among the last to leave the field. During the ensuing winter he was with Washington's forces at Cambridge. He came with his family to Campton about 1780. He had suffered much while in the army from sickness and exposure, in consequence of which he became permanently disabled and met with an early death.   ( of Grafton County, N.H. . 1709-1886)﻿

The Battle of Bunker Hill took place on June 17, 1775, mostly on and around Breed's Hill, during the Siege of Boston early in the American Revolutionary War. The battle after the adjacent Bunker Hill, which in the battle and was the original of both colonial and British troops, and to as the "Battle of Breed's Hill."  source: ﻿
﻿
Benjamin, Katherine’s father, died in 1790, when Katherine was about 11 years of age. in the Blair Cemetery in Campton, New Hampshire.﻿

The Baker family can back to William Baker, date of birth unknown, (possibly around 1655) who was of Ipswich, Essex, Massachusetts. that he was a Glover by trade. He married Sarah Fitts on December 30th 1686.  She died in July he remarried in 1723 to , widow.  She also predeceased him, dying in 1742. William died in 1743. ﻿

William’s son William, Jr. was born in Ipswich, he married Elizabeth Heard on September 24, 1713.  They lived in Salisbury, he was a yeoman. (Essex Antiquarian) Elizabeth died in 1753 and he died in 1766. He also had a second marriage to Mary Bixby, widow.﻿

Benjamin was born in Salisbury, Massachusetts on January 17, 1714.  He married Ruth True on January 22, 1735.  They lived in Salisbury, Massachusetts and Epping, New Hampshire, where his son Benjamin, Jr. was born in 1753. Benjamin died in Epping in 1788. (apparently there was an earlier son named Benjamin, born 1743, died 1746 in Hampton, New Hampshire, this may explain why some ancestry trees have our . born in 1743)﻿

Benjamin Baker, father of Katherine, married on 10 .  He also enlisted in Col. Starks regiment that year.  His paperwork says that he lived in Canterbury, N.H. and his occupation was a cordwainer.  He and his family moved to Campton in about 1780. In the 1790 census of Campton, as head of Household, so Benjamin died prior to the taking of the census.﻿
﻿
After her death, Baker married Joshua Rogers in 1793. on the 1790 census of Campton.  Sarah joined the Church of Reverend Noah Webster in 1802.  This is the last documentation of her that I can find.﻿

In 1802 Katherine married Samuel Thornton.  They moved several times and seemed to have gone between Canada, Campton and Wheelock, Vermont.
- December 21, 2011