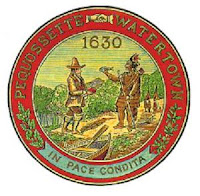 John Hastings was born on 1 March 1654 to Deacon Thomas and Margaret Cheney Hastings in Watertown, Massachusetts. On June 18 1679 he married Abigail, daughter of Lt. John and Abigail Hammond also of Watertown. They had at least two things in common. First, they were both first generation American-Europeans and second, their fathers were two of the most important men in their hometown of Watertown.

"a true maide"
Although the Puritans had taken religion out of the marriage ceremony, which was conducted by a magistrate rather than a minister, they keep a close eye on the bride, or at least her belly, to ensure that no impropriety or amoral behavior escaped punishment. Abigail found herself under scrutiny when she gave birth to her first child only 26 weeks after her marriage to John. In court she, her mother and other local women testified that they baby was very small and sickly when born and Abigail swore that she went to her marriage bed "a true maide".  There is no record of the courts decision, they were probably influenced by the grandfather's high standing in society.  I doubt that a 26 week preemie stood much of a chance of survival in 1679, so I would wager a guess that Miss Abigail was telling a fib to the court.

This was the second time one of Thomas Hastings sons had been in court for premarital problems.  His eldest son was accused of fathering an illegitimate child which dragged through the courts for some considerable time. This must have been quite an embarrassment to a man who was a Deacon of his church. 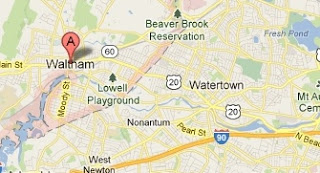 The Hastings made their home in Watertown, the area where they lived eventually became part of a new town, Waltham when it was incorporated in 1738.
Not much is known about them.  His father, Thomas, died in 1685 and hers, John, died in 1690.  Presumably they both inherited a substantial amount from their successful parents.  John and Abigail were buried in a joint grave, their headstone remains today, one of the tangibles of their lives.  John died in March 1718/19 and Abigail ten days later in April. 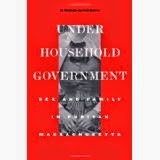 Lydia Nelson Hastings Buckminster, The Hastings Memorial, A Genealogical Account of the Descendants of Thomas Hastings of Watertown, Massachusetts in 1634 to 1864. 1866 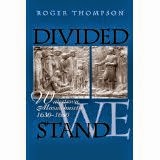