origins
Robert Clements, one of the first settlers of Haverhill, Massachusetts, was born in Cosby, Leicestershire, England, on 14 December 1595. in the Doomsday Book as . It seems to have no history of great interest.

Richard's ancestry can to Richard Clements, b. about 1506, d. before 1 March 1571/2 and his wife the previously widowed Elizabeth Unknown, b. about 1510 and d. unknown. She was his executor, so she died after March 1572. Richard asked to in the churchyard of St. Michaels All Angels in Croft. ﻿

Richard and Elizabeth's oldest son, named in his will was Robert, b. about 1536. He married twice. First to Alice Unknown b. about 1560 and buried in November 1585 and second to Margaret Unknown who survived him. in the manor court rolls and at one time served as constable. He left a will dated 25 May 06 in which he names his second wife and left her two cows.

Continuing the Robert/Richard names, Richard and Alice's son Richard was born abt. 1570, again in Croft. He married a widow, Agnes Unknown Fellows, born about 1570, possibly in Enderby, home of her eldest son William Fellows. Agnes ancestry is unknown, like most women, we only find out about them when they or named in their husband's will. All the above information comes for the excellent book on the Clements. [1]﻿

This brings us down to our immigrant ancestor, Robert. Robert married Lydia Unknown prior to the 1615 birth of their first child.  Many sites have her maiden name as Drummer, but there is no evidence for it. Robert's father died in 1617 and in October of that year administration of his father's estate. Also in 1617, Robert purchased land in Huncote, near Narborough, for 60 pounds. Robert's mother died in 1619, to her son William Fellows, Robert's half brother.

Robert was obviously fairly well off, he continued to purchase land in the surrounding area, buying in both Broughton and Witherley. Interestingly, Witherley, Leicestershire is only a stone's throw from Atherstone and Mancetter, Warwickshire.  Witherley is on the opposite side of Watling St. (now the A5 motorway), which is the border between the two counties. Mancetter was home to immigrants Thomas and Valentine Rowell.

Robert and Lydia eventually settled in Ansley, Warwickshire. In the great Doomsday Book of 1086 the village . Ansley by the very famous Lady Godiva. The parish church where the family would have worshiped was St. Laurence, begun in the 12th century, it now houses stunning stained glasses windows by artist Karl Parsons.

Robert and Lydia had at least eight children who lived to maturity, between the years 1615 and 1634. Lydia died and in the parish church of Ansley on 12 March 1641/2.

haverhill﻿
The famil﻿﻿﻿y landed in Salisbury but moved almost at once to Haverhill.  According to the city website:
﻿﻿
Haverhill is located in northeastern Massachusetts; about 32 miles north of Boston on the New Hampshire border; and about 16 miles from the Atlantic Ocean. The Merrimack River flows 12 miles through the heart of the city and is directly responsible for the city's shape and character.
﻿
﻿Settlement started in the area as early as 1640 but the "Deed of Township" was not signed until 1642.  Signing for the Colonist were Reverend John Ward, Robert Clements, Tristram Coffin, Hugh Sherrat, William White, and Thomas Davis.  The land was purchased from the Pentucket Tribe, Passaquo and Saggahew made their marks, bow and arrows, for the Indians.  Robert and Tristram Coffin were neighbors in an area of Haverhill known as The Rocks.  The town was named Haverhill after the birthplace of the Reverend John Ward who was from Haverhill, England.

﻿﻿Robert Clements was made a freeman in 1645, he was very active in the administration of the colony. In 1647 he was made Commissioner to End Small Causes, 1647-1654 he was appointed as Deputy from Haverhill to the General Court, he was an Associate Judge, County Commissioner and was empowered to give the Oath of Fidelity to his fellow Haverhill residents.  In 1653 he was given the right to sell wine, so it seems he owned an Inn. Robert also continued to hold land in England. As well as farming, Robert owned the first gristmill in Haverhill.  All in all he was a very successful man.

In 1652 his daughter Mary rejoined the family in Haverhill, she was then 15 years old. She married ﻿﻿the following year to John Osgood of Andover. Her brother John had married John's sister Sarah Osgood in 1648.
﻿﻿
﻿﻿
In or about 1658 John Clement returned to England, possibly to join his brothers Daniel and Abraham who were in Ireland.  He wrote to his brother Robert and asked him to escort his family to England.  On the voyage to England the ship was captured by Spaniards and Robert and John's family were held captive in Spain for a few weeks.  At some point thereafter John, Sarah and their daughter were lost at sea. Robert returned to Haverhill and in 1659 and was appointed executor of his brother's estate.  ﻿﻿ 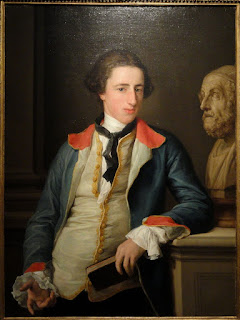 ﻿﻿Daniel and Abraham stayed in Ireland. Daniel was given land in Rathkenny, Cavan by Oliver Cromwell and his descendants were quite successful, eventually earning the title of Earl of Leitrim. One of Robert Jr. descendants was Samuel Clemens, aka Mark Twain. ﻿﻿﻿﻿﻿
﻿﻿﻿


﻿﻿﻿﻿﻿﻿﻿﻿﻿I of Haverhill being of memory blessed be God for , doe & make this my last will, in manner & forme following: I my into the hands of God my Creator & maker, through the & obedience of Jesus Christ my to have & enjoy life & salvation Everlastingly by him. my goods I give first unto my wife my house & house & all the that belonged to which is to have during her life & after her decease to to my that are in each his portion to into the hands of their parents for their use. I give to my wife my best of oxen I have, & three of my best , & my best beds with furniture to them & six of my best dishes six , my best , & three of my best , & two , & all on the fire, with fire & & two of the best , one___ & a , with all my wooden & Earthen & clothing that belong to her, as also my candlestick & chamber . My will is that if there be any goods of mine come out of England this or the next my wife shall have five pounds of according to the bill of lading. I give my wife the Lining in my house two of sheets that are for my bed & all the Corne in my house & growing on the land, & also a debt of & odd in the hands of John Hutchins for the the house & fencing the home . I give to my wife what is due or will bee from by bills or , & the Cloth that is the weavers with what woolen & is in the house, & three pounds is in the hands of mr. Cooke of boston. I give her two , two off the best & two chests with & to them. I give to my wife the boards I bought at Salisbury to the house. It is my will that one of the goods which I give my wife that if spend not, at her decease it shall to my executors to be equally among themI give unto my Job Clement one which will be two yer old next may. I give him my best suit of & my best & best , my best of & . I give to my Robertt twenty pound me out of my in England, & which is due me more I give to my three John, Abraham & DannellAll the rest of my estate in upon bonds or bills or any accounts land or goods I give to my Moses & Abraham Morrill & John Osgood whom I make my executors to see this my will performed & my debts paid & my body laid in the grave. That which out in the other side at the lower end ﻿the 4th & 5th line it before it was to, & here unto I my hand & . I give to mr. ward or five pounds.
Robert Clements (seal) Heath and in Hampton court 11:8:1658 by the witnesses.﻿
Estate of Robert Clements of Haverhill
Mr. Robert Clements late of Haverhill, gave to his grandchildren that were then in New England, after the decease of his wife, his house, and orchard in Haverhill, to equally by the disposal of their parents; therefore, Job Clements, Moses Pengry, John Osgood and being the surviving parents of the grandchildren, have divided it into three parts, there being fifteen heirs two of Job Clements, six of Moses Pengry's, five ﻿Abraham Morrill's and two of John Osgood's and thus the heirs into three parts and their portions are: Job Clement's two children, John Osgood's two children and Moses Pengry's eldest son to have the second division of upland, the common land, half of the east meadow the upper end, together with one third part of the fourth division laid out, as also all common belonging; Moses Pengry's other five children to have the third division of upland, Haukes meadow, and one third part of the fourth division not yet laid out, together with one third common belonging: Abraham Morrill's five children to have the house and house lot, , the plain lot and half the east meadow the lower end, with one third part of the fourth division not yet laid out and one third common belonging.
Singed Oct 8 1669Witness: , Jno (his I+ mark) Heath, Sr., John Redman owned this agreement or division Dec 18, 1684Acknowledged Apr 2, 1672, by Moses and John OsgoodGeorge brown and Daniell Ela by the Hampton court to consider and to survey a division of land that Mr. Rob. Clement gave to his grandchildre﻿n which they have done and consider the above division just and right as witness our hands. Oct 6
Source: Norfolk Deeds, 3, p. 341

Robert Clements and Lydia [Drummer] are my 8x great grandparents. I am descended from their son Robert who went to Ireland. I've enjoyed reading about the Clements in America.

I and a descendant of Job and his wife, Margaret Dummer.

Fascinating read. Thanks for sharing. Robert Clements was my 9th Great-Grandfather.