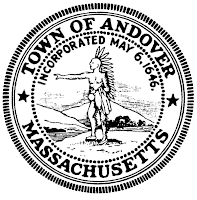 background
Jonathan Blanchard's birth was recorded by his father Samuel Blanchard in the family bible along with the births of his brothers and sisters, his father's marriages and his date of arrival in the Massachusetts Bay Colony.  This bible is said to be in the possession of The Bible Society in New York City. Jonathan was born on 25 May 1664 in Charlestown but moved with the family to Andover.  Twenty one years and one day later, on May 26 1685 Jonathan married Ann Lovejoy in Andover.


Children of Jonathan and Anne Lovejoy, all born at Andover :


witnesses to the witch trials?
Not much is know about the life of Jonathan and Anne.  They did live through the turmoil and terror of the Salem witch trials. About 40 people, mostly women, from Andover were accused of witchcraft, most notable Martha Carrier, who the Rev. Cotton Mather called "The Queen of Hell". She was hanged on Aug 19, 1692. No doubt  the Blanchard's were well acquainted with those charged, but what they made of it all is and will always be unknown.

In 1709 the town of Andover was divided into two parishes, North and South.  This was to accommodate the growth of the town to the South.  Jonathan signed the petition in favor of the division, which was granted by the General Court.

Vital Records of Andover, Massachusetts, to the End of the Year 1849

Comments Welcome   Please Google Plus if you like this!