Ancestors of George Parkhurst: Immigrant to America and Returnee to England

We can trace the ancestry of George Parkhurst of Ipswich to his great grandfather, George Parkhurst of Guildford, County Surrey. George's name appears in the records on 3 April 1514. a license to sell in the local market. Later that same year he to act as Hallwarden for the Guild Hall.  The Guild Hall may or may not have been the same as the town hall, depending on the wealth of the Guild. The Merchant Guilds controlled trade in England.  the Hallwarden's job was to collect money due to the Guild. Cloth making was the backbone of the Guildford economy.

In 1515 George served as for the town. This was another type of civil servant job. He held these jobs off and on for the of his life. One year to be 'Flesh and Fish Tasters.' This was control job, ensuring the safety of the food supply. In 1522  Mayor of Guildford. The records show he served in this position twice more.

was an important man in town, holding many important posts. He was also a tavern owner and for some offence related to the enclosure of his tavern.

Given his age at the time he is first mentioned in the records, George was likely born 1490ish. His oldest son John born about 1510.  George Parkhurst's wife's name is Unknown, although some genealogy websites list her as Phebe, I where this information comes from. His son married a Phebe. I think there is some comingling of wifely names her.

George died between 27 April 1545 and 2 May 1546. The first date is the last time in the records and the second date is that of the tax list for Guildford, his name is not on it, meaning he had died. There is no will.

John Parkhurst, eldest son, to college. He attended Magdalen college in Oxford and then joined Merton College. He took Holy Orders in 1532. John was a supporter of Henry VIII and his break with Rome. He became Chaplain to Queen Katherine Parr, Henry's last wife. He was also Chaplain to Charles Brandon, Duke of Suffolk. He received many rich appointments, including one from Thomas, Lord Seymour, to a living in Gloucestershire. If you Tudor history, Seymour was the brother of Queen Jane Seymour and Uncle to the King Edward VI. He married Queen Katherine after the death of Henry VIII. It did not end well for him.  I think it's pretty cool that this guy knew the movers and shakers of his time and he knew good ole' King Henry and the last of his six wives!﻿﻿ 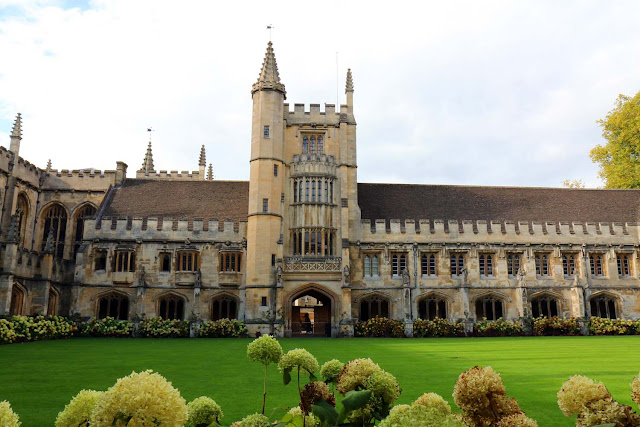 Things changed for all the supporters of the Reformation when Queen Mary reverted the country to Catholicism. John Parkhurst left England and took up residence in Zurich, Switzerland. He returned on the accession of Queen Elizabeth Bishop of Norwich. He died in 1574 and left a lengthy will in which he makes multiple bequeaths to his brothers and sisters, including Christoper Parkhurst. ﻿

Christoper Parkhurst was born in Guildford about 1520-1524. He is first named in a town record in 1546, the same one from which his father's name is absent. He lived in the St. Marys' Parish. In 1550 he and his sister sold land to the husband of a second sister. ﻿﻿

In 1561 made his brother Christoper, Keeper of the Bishop's Palace in Ipswich, the home of the Bishop when he was in residence. This was a perk of having a star in the family.

This brings us to the last of the , John son of Christoper and father of George the immigrant to New England.  on 29 October 1554 at St. Mary's Guildford. He married a woman named Sarah in 1582. He was a clothier by trade. What we know about John comes from his will. ﻿ 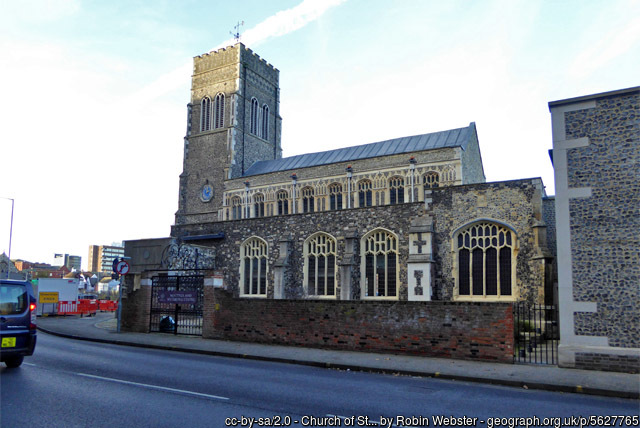 His first bequests are to his wife, Sara. She gets all his household stuff, bedding, brass, pewter, linen and woolen and is to a rent of £8 half yearly for life. His first son, Robert, born in 1583, in the will and presumed deceased. Son George is to get all his , all implements of trade as a shearman, his goods and stock, moveables and  and all his books. Son John gets 100marks at age 21, daughter Thamar: annual rent of £5, daughter Hellen gets 50 at age 21 or marriage, daughter Sara gets 40 at age 21 or marriage, a fourth daughter, Mary, in the will.