As I wrote in my post on Adam Winthrop, Sr., I am excited to have the Winthrop name in my family tree. Although I am not directly related to John Winthrop, I am related to his grandfather Adam Jr. Adam lived in a interesting and dangerous time in English history, smack dab in the midst of the Tudor Dynasty, and decisions he made during his lifetime made a lasting impact on his children and grandchildren's future.

beginnings
Adam was born to Adam Winthrop Sr. and his wife Jane Burton in October of 1498. The future Henry VIII was a boy of seven and the country, under the leadership of his father, Henry VII, was recovering from decades of war, both civil and with multiple European countries. The manufacture and export of English cloth was reaching the height of it's boom and wool and cloth merchants were amongst the richest men in the country. Lavenham, a market town in the county of Suffolk was at the heart of the cloth business.

Adam Sr. was described as a cloth merchant.  His background is unknown.  He had his son, Adam Jr., baptized at the magnificent church of St. Peter and St. Paul in Lavenham, which was undergoing a major face lift courtesy of the rich wool merchants. Adam Sr. died at some point in young Adam's life and his mother remarried to a wealthy cloth merchant, John Ponder. 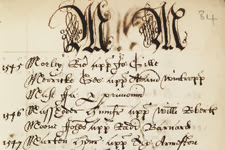 John Ponder saw to the future of his stepson Adam by apprenticing him to a powerful member of the Fuller's Company of London, his name was Edward Altham. In the year 1515, Lavenham was a pretty happening place as far as market towns go. The population was about 1,100. I wonder what Adam thought the first time he laid eyes on London. Teeming with people, (about 200,000) animals, and with sights, sounds and smells unlike anything he had ever seen, it must have been amazing.

Along with the hard work of apprenticeship and for a while a bit of homesickness, there was the pageantry of the church and the guilds, the theater of life outside his window, it must have been an exciting time in young Adam's life. His apprenticeship with Altham was a long one, about 11 years.  He finished in the year 1526.  In October of that year he went to the Fullers Hall in Fenchurch St. and swore his oath, becoming a member of the company. Meanwhile, the King had begun his affair with Anne Boleyn and his break with Rome, he and his unsuspecting subjects were barreling towards a future none could have predicted. 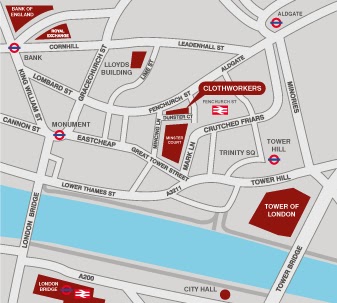 all grown up
As a member of the Fullers Company, Adam was able to go the Guildhall of London where he took his oath as a freeman and was enrolled as a citizen of the city. Freedom of the city brought the right to vote in parliamentary and city elections as well as other rights and privileges.
What he needed next was a wife, and he choose, of all the girls in London, Alice Hunne, daughter of Richard Hunne who was murdered in the Lollard Tower of St. Paul's Cathedral in 1514. I think that said a lot about Adam's religious beliefs. Adam and Alice were married 16 November 1527.

Alice's first child, a son they named Thomas, died at six months of age.  Her second child was William. He was born in November of 1529. She would give birth to and bury three more children, dying herself in 1533. William Winthrop her only surviving child was my ancestor.

In 1531 Adam took on his first apprentice, a sure sign he was advancing.  He went from journeyman to householder to a full member of the Liverymen. His relationship with Edward Altham surely advanced his career. The Fuller's Company had merged with the Shearman to form the more powerful Cloth Workers Guild and in 1537 Altham was made Guild Master.  By 1541 Adam lived in the parish of St. Peter's Cornhill, he was the third wealthiest man in his neighborhood that year. King Henry VIII was by 1541 married to his fifth wife, his break from Rome complete. He still considered himself a catholic, but changes to the church were coming fast and furious.

adam remarries, life goes on
In 1534 Adam married for the second time, his wife was Agnes Sharpe, daughter of Robert Sharp of Islington. They would have eight children between 1539 and 1550.  One son, Adam, died as an infant. By 1544, Adam's oldest son, William, had joined him in the family business.

With the dissolution of the monasteries came the opportunity to buy manors and land. Adam bought the manor of Groton in Suffolk in 1544. In 1547 King Henry died and his protestant son, Edward was crowned.  The Cloth Workers Guild had decidedly protestant leanings and as a Church Warden at St. Peter, Cornhill, Adam assisted with the transformation of both the physical and spiritual church.  In 1552, John Pulleyne was made Rector of the church,  he was strongly in favor of reform.

In 1548 Adams was granted his coat of arms and entered the lowest order of the gentry, gentleman. Now, I hate to disappoint you ancestry.com peep who have "Sir" and and "Lady" before Adam and Agnes' names but those titles are incorrect. Adam was Mr. Adam Winthrop. And he certainly was not a Viscount as several ancestry members claim.

Not only did Adam have a thriving business but he was gaining prominent positions in the Guild.  Adam at one time owned one ship and had 3/4 ownership in a second. With these ships he was able to export his cloth as well as good for other merchants.  Adam held  various positions in the Guild itself, up to and including Guild Master in 1551.  The events of the year 1553 would change all that.

queen mary and groton
King Edward, never well, died in 1553.  A brief attempt to put protestant Lady Jane Grey on the throne ended with her violent death at the hands of an executioner.  Edward's sister Mary, with help of her catholic supporters attained the throne and brought the protestant reformation to a screeching halt.  Men, like Adam, who had made their preference for the protestant faith plain and clear, now found themselves in a precarious position.  Adam decided to leave London and the business and retire to the country and his manor of Groton.

Not much is known about the life of the Winthrops in Groton during the remainder of Adam's life.  It must have been a huge change for his London born children to suddenly find themselves living in rural Suffolk. William, his oldest child, remained in London running the family business and working for changes in the church. Adam gave him the property in London. Adam and Agnes lived in Groton until his death in 1562. Agnes remarried the following year to William Mildmay of Springfield Barnes, Essex. Groton was left to Adam's oldest son with Agnes, John.  This would cause a lot of problems for Adam III, the father of John Winthrop. 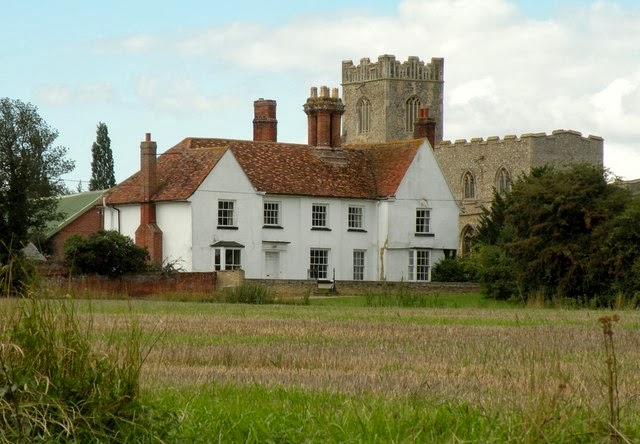 Adam wrote his rather lengthy will in September of 1562, he named his wife and children John, William, Adam, and four of his daughters, Alice, Bridget, Susan and Mary. Adam was buried at the church of St. Bartholomew in Groton. His tomb was restored by by his ancestors.  His legacy was carried forward by his grandson John who was the first Governor of the Colony of Massachusetts. I am descended through his son William and his daughter Elizabeth Winthrop Munning.  Although she did not see John's 'Shining City on a Hill' her daughter did.

Most of my information came for the excellent biography of John Winthrop by Francis J. Bremer, click on the link to see book.

Muskett, Joseph James and Wintrop, Robert Charles, Evidences of the Winthrops,Groton, County Suffolk, England, and of families in and near that county with which they intermarried, 1896

From Ancestry.com : London, England, Freedom of the City Papers