Mathias Bessiles was the son of Mathias and Beatrice Bezill. The surname of this family has been spelled multiple ways with and with out the 'de'. In most of the records I have looked at his name was the french Mathias not  the english Matthew. His parents married about the year 1249 and as he was not the heir, he was born at least a few years after.[1] Where was he born? His father held the manor of Sherston Magna in Wiltshire, Alfington in Devon and lands in Gloucestershire.   He was constable of Gloucester Castle and of Dover Castle. His children could have been born in any of these places or somewhere entirely different.

When it came to his land he was out of luck, his older brother was his father's heir and he got it all. Luckily Mathias' Uncle Emery Bezill was given custody of the heirs and widow of John de Avranches who died in 1258. John had only three girls age 9,6, and 3 as his heirs. Mathias married the youngest, Elizabeth.  They probably married shortly after she reached puberty and they were definitely married by July 1272. [2] Elizabeth as an heiress brought to the marriage several parcels of much needed land. 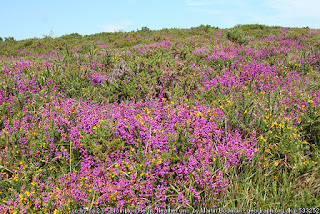 Brompton Regis in Somerset was held by William de Say in the late 11th century. He and his daughter Matilda founded a priory of Augustian Canons called Barlynch. William endowed the priory with the manor of Brompton Regis and this was ratified in 1220 by King Henry III.[3] From Matida de Say who married William de Bocland, the manor passed to her daughter Joan de Ferrers Avranches, next to Joan's son John. Joan and her son John continued the family tradition and offered to support the priory. [4] The support of the priory seems to have come to a stop or at least lessened when Mathias Besilles came into the land through marriage.

Brompton Regis was held of the King in chief for 1/4 knights fee in right of Elizabeth's inheritance. In 1276 Mathias claimed the manorial rights for himself despite the prior's claims that they had held the right in grant. These rights include the right to hold fairs and markets, grazing rights, the right to hunt, shoot or fish, and of course keep any income that came from these rights. In Fact in Elizabeth's IPM it claimed she had a fishery on the Hadeho River.[5] It does not seem as if the family ever lived in Brompton Regis, it was some 125 miles from the rest of their property which was centered around the Oxfordshire/Berkshire county border. The manor stayed in the family, passing to the Fettiplace family with the marriage of Elizabeth Bessels and Richard Fettiplace.

buckland
Mathias and Elizabeth did not hold the manor of Buckland. The demense of Buckland was inherited by Matilda de Bocland who married William de Avranches. In turn it was inherited by their daughter Maud who married Hamo de Crevequer and passed on down through their heirs. Elizabeth de Avranches inherited an estate that was part of the manor of Buckland called West Hall. [6] This estate was held of John de Lenham, the heir of Buckland Manor for 20d. and service in his manorial court which was held every three weeks. The estate was 110 acres of land, 14 of which were meadow and the other 96 arable pasture. The estate included a messuage, (medieval dwelling house with out buildings) and a free tenement. This would be a tenant who was free as opposed to a serf who was tied to the land. The tenant paid 20 shillings yearly for rent. [7] Between 1367 and 1374 Robert de Lenham the heir to Buckland sued Thomas and Katherine Bessels over the estate of West Hall.

radcot
Radcot manor was in the parish of Langford. It was right on the Thames River and the border of Oxfordshire and Berkshire. It was only a few miles from their estate of West Hall. After the Norman Conquest Radcot was given to Hugh de Bocland and it passed through his heirs to Elizabeth de Avranches. There were as many as 35 households in Radcot during the early middle ages. Radcot was a transshipment area, goods left the river Thames to travel by road or vice versa. The meaning of Radcot is believed to be reed cottage, and the area is mostly flat meadows and marshes. In 1279, of the 35 households, 31 were unfree, or held by serfs. Radcot was hit hard by the black death in 1349 and the population plummeted.

Mathias Bessiles established a weekly market on Fridays and was granted the right to hold a yearly fair on the 13-15 of September. Mathias also owned a watermill. Their were also fisheries, the Fettiplace family owned a 1/2 mile stretch of the river from their Radcote Bridge Farm. The manor was occupied by either the family or their lesse until the 15th century. A three story manor house was eventually built in 1318 by Geoffrey de Bessiles. Radcot held a manorial court every three weeks and Matthew de Besyles claimed the privilege of infangthief and outfangthief, the right to execute thieves caught red-handed. [8]

man with a barded horse
This caught my eye. In the 1295 IPM of Mathias, it said that he held Redcote from the King in Chief, not for a knight's fee, but of "finding a man with a barded horse in the King's army." What, I wondered was a barded horse. The last decade of the 13th century was one of almost constant war. In 1294 an English army sailed for France to try to reclaim Gascony, in 1295 the English fought with Welsh rebels, 1296 saw Edwards victory over the Scots at Berwick and in a reversal of fortune, 1297 saw the Scottish rebel William Wallace defeat an English army at the Battle of Stirling Bridge.  Horses were key to fighting the Scots and Welsh and Edward I tried to expand his resources of calvary by requesting payment of feudal dues with 'barded horses and soldiers'. A barded horse was one with it's own suit of armour. [8A]

heirs
In 1295 Mathias leased Radcot to John Wogan for the duration of his lifetime.[9] The manor reverted to the Bessiles after Wogan's death. Mathia himself died in late 1295. Elizabeth survived him. It was noted in his IPM that she was the heir of his estate and that she was aged about 40. In 1315 Elizabeth died leaving her estates to her son Geoffrey.[10] If she and Mathias had other children they remain nameless. Mathias was about 40 years old when he died and Elizabeth about 60, old for a medieval woman. The estates she inherited had been handed down from father to daughter almost exclusively. The land would now remain in the Bessels family for a few centuries before another daughter inherited changing the owners name to Fettiplace.