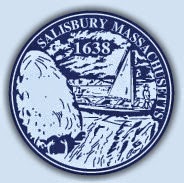 Stephen Flanders, Jr. was the first, or possibly the first surviving, child of Stephen Flanders, Sr. and his wife Jane Unknown.  His birth was recorded in the Salisbury records as 8 March 1646/7.  This does not mean that he was necessarily born there, just that it was recorded there. In any case, he spent most of his life in Salisbury.  He married on 28 December 1670 at about age 24 to Abigail Carter, daughter of Thomas and Mary Carter, also of Salisbury.  Mary Carter was born in Feb. 1653 which puts her at age 17.

Stephan apparently lived on land a joining his fathers place.  He and his brothers cut hogshead staves to earn money as well as farming.  In 1673 he, John and Phillip, his brothers, were accused by Nathaniel Ware of Hampton of stealing his 1100 hogshead staves, the court found for Nathaniel and the brothers were admonished and fined. It seems likely that they cut down trees on Nathaniel's lands to make into staves,quite possibly by accident, especially if their lands backed up to each other.

It seems if all of the Flanders family appeared in court at one time or another.  Stephen's sister Naomi was in court in June of 1683, she testified in the cast of Priscilla Wilson and Samuel Appleton, Jr. who were accused of fornication.   Naomi was a witness to the birth of the baby, which was born in her master's house. She being the servant of Samuel Stocker at that time.  She, Naomi, was herself accused of fornication and found guilty in June of 1684. She gave birth to an illegitimate son, John Darlin, Feb. 21, 1683. It is possible that her sister Mary also had an illegitimate child, Phillip Favor.

Stephen and Abigail had the following children:

Stephen Flanders Sr. died in 1684.  Stephen received one third of his father's meadows, one barrel of cider per year until he removed his three apple trees. If anyone has seen a copy of this will, please pass it on, I would really like to see all the details. Sadly, Stephen Jr. died only a few years after his father, leaving his wife Abigail with nine children to raise by herself.  The oldest 19 the youngest only a year old.  An inventory of his estate was done in May of 1689 but the estate was not divided until 1708.  Abigail received her widow's third,  Phillip was to care for her and receive her share when she died.  The rest was divided among the remaining children. Abigail died sometime after 1718, she does not appear to have remarried.

love reading your stories...i am also trying to weed out inaccuracies in my families...started with your research on john gage, a direct ancestor, and then came upon flanders. i'm a descendant of the sister naomi and john darling! thanks so much.