Reverend Joseph Hull, father of Elizabeth Hull Heard,  was the son of Thomas and Joane Peson Hull of Crewkerne, Somerset, England.  He was born in 1595, the youngest of eleven children. His elder brother William was also a clergyman.  Both William and Joseph attended St. Mary's Hall at Oxford University.  William matriculated in 1592 and Joseph in 1612 and on November 14, 1614 he received his Bachelor of Arts. In 1612 William became the vicar of Colyton in Devonshire.  Joseph served as a curate under William at Colyton, he was ordained in 1620 and in 1621 was given the Rectory at St. Giles in North Leigh where he served until 1632. William his brother died in 1627. 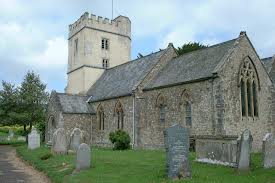 In March of 1630  fellow classmate and lecturer at Crewekerne, the Reverend John Wareham, immigrated with his congregation to Massachusetts. They sailed on the "Mary and John" from Plymouth, England, landing in Nantasket (Hull) on the 30th of May. John Wareham had had a few run ins with church authorities and seemed to have involved Joseph in some of them. Joseph's brother George Hull is said to have also sailed on the Mary and John, but he settled in Dorchester for a while before going to Connecticut in 1636.

Joseph resigned as Rector at North Leigh in 1632 for unknown reasons and became the officiating curate in Broadway, Somerset.  He was cited by the Church for various infractions over the next few years and in 1635 decided to take his family and his congregation of about 100 members and head to New England.
The company sailed on March 20th, 1635 from the port of Weymouth in England aboard the "Marygould", landing in Boston on May 6th.  Joseph had with him his wife Agnes and seven children, including the seven year old Elizabeth, my ancestor. 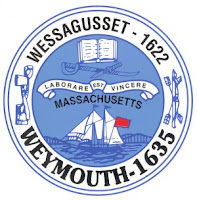 On July 8, 1635 Joseph Hull and his congregation were given the right to settle at Wessaguscus, which they promptly renamed Weymouth.  It did not take long for Joseph to again be in trouble with the local Ministers.  He left Weymouth and was in Hingham by 1636 where he served as commissioner to end small causes.

By 1639, Joseph and his followers had left the Massachusetts Bay Colony for the Plymouth Colony (a separate entity) and established the town of Barnstable on Cape Cod. Life was no easier in the Plymouth Colony and trouble followed.  He was excommunicated for breaking communion with Barnstable and preaching in Yarmouth. On 7 March 1642 a warrant was issued by the General Court to apprehend Joseph for leaving Barnstable. In 1643 he returned briefly, but by the end of the year he and his family were in York, Maine. 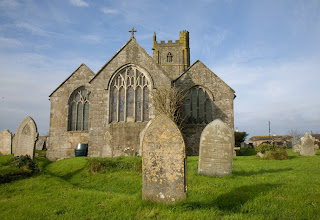 Joseph was in Maine until about 1645, when he left America to return to England. He took his wife and the youngest children, but left the rest behind.  The oldest ones, including Elizabeth were presumably married by that time. In 1648 he was the Vicar of Launceston, Cornwall and in 1656 the Rector of St. Buryan, Cornwall. With the death of Oliver Cromwell and the restoration of the monarchy came more turmoil for Joseph, he was, like thousands of nonconformist ministers, ejected from his parish.

Back to America
By 1662 Joseph was back in New England, working as a minister in Oyster River.  He died on November 19, 1665 at the age of 70. The "trouble" that followed the Reverend Joseph Hull was of a religious nature.  He was not a true Puritan and the Ministers of the Massachusetts Bay Colony intensely disagreed with his view.  The Reverend was too Puritan for the Anglicans and to Anglican for the Puritans. Governor Winthrop described his as a "very contentious man" and he was excommunicated by the Bay Colony.

Family
Joseph Hull was twice married, the name and ancestry of his first wife are unknown. She was not Joanna Coffin as claimed by many on ancestry.com.  In fact, Robert Charles Anderson says in his Great Migration Series that there is no reason to believe that her name was even Joanna.  When the Hull family immigrated Hull's wife Agnes was listed as being 25 years old.  Given the age of the first three children, she could not possibly be their mother, and may not have been the mother of any of the first seven children.

Jeanie, thank you so much for this, I am beyond impressed. I am a direct descendent of Joseph Hull and have just started researching him and my family line recently and came upon your blog. I can only imagine the hours you've spent...
Thank you,, I look forward digging in deeper. If you ever have any questions for me or if there is anything I can ever do for you please let me know.
Steve Hull
Steve.hull25@gmail.com