William Paine and Agnes Neves his wife were the parents of a very adventurous group of children. Their daughter Elizabeth Paine married John Hammond, together they  immigrated to Watertown, MA with their children between 1630 and 1634. But Elizabeth was not alone in her move to a new world, her sisters Dorothy and Phebe and her brother William also immigrated. Note: William Paine of Lavenham did not have a son Robert, at least there is no record of a baptism for him and Robert Charles Anderson doesn't seem to have his as a brother either.

the book is wrong
If you think you know who William's ancestors were, I'd wager a guess that you are wrong. Let me start out by saying that the 1881 book, "The Paine Family" by Albert Paine was proved incorrect in 1915. [1]  The ancestors of William Paine of Lavenham were not the Paines of Hengave and Nowton Manor, sorry. I know that this is all over ancestry.com and other family websites and blogs, including one which I have found to be frequently wrong but often copied, minerdescent. If you do any research yourself, instead of coping other peoples mistakes, you will quickly see that the William of the Manor of Nowton could not be the William of Lavenham. Neither the 1881 Book by Albert Paine, nor the earlier 1880 book by Henry D. Paine, mentions the town of Lavenham. [2]

What most people seem to have done is taken the Paines of Lavenham, their baptisms and deaths and sorta said they were born in Nowton Parish of Lavenham, or some other mishmash of names. But Nowton is Nowton and Lavenham is Lavenham, two entirely different places, each with it's own parish church. 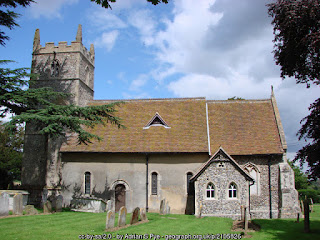 As I said, in 1881 a book was published on the ancestry of the Paine family. The author incorrectly identified the Paine's of Nowton as the ancestors of William Paine and his sisters who immigrated to Massachusetts in 1635. A thorough search of the parish registers in 1915 proved this to be the wrong family. A second troll through Suffolk in 1625 turned up wills of the Lavenham Paines that confirm that the Lavenhams and the Nowtons were distinct families. William, the son of Anthony and Mary Castell was baptized in 1565 at St. Marys Church in Bury St. Edmunds. St. Marys was the church of choice for the baptisms of the Paines of Hengrave/Nowton. This William's name is not found in the Lavenham parish registers.

William of Nowton married in 1602. He wife's name was recorded in the 1612 Visitation of Suffolk, she was Elizabeth Sparrow of Standsfelde. They married in the parish of Rede, which is only a few miles south of Nowton. [3]

A side by side comparison of the two families shows that the Lavenham Paines were baptized, married and buried in Lavenham.  The Nowton Paines were baptized in Bury St. Edmunds and buried in Nowton. So, I don't know what else to tell you. If you're still not convinced, can I ask a favor? Many people are under the assumption that if a man was "Lord of the Manor" then his title was 'Sir'. This is not true. In order to be called 'Sir', a man must be Knighted. Anthony Paine and his sons were not Knights, they were referred to as Gentlemen, and therefore they were called 'Mr.'. I have seen multiple ancestry trees which have the Paines given the title of Lord and Lady Paine, and Sir William Paine. This is incorrect. So, if your going to use an incorrect pedigree, could you at least do it correctly. :)

so who were they
William's family can be traced back to Thomas and Alice Paine of Boxted, Suffolk. Thomas wrote his will and died in February of 1544/5. In his will  he named his wife Alice and children: Richard, John, William, Alice and Robert. He also made a bequest to his Goddaughter Margery Fyrman. Thomas requested to be buried in the Boxted parish churchyard. Richard was his heir and as such received the land. [6]

Richard the eldest son named in Thomas' will died in late 1575. He identified himself as a Clothier of Boxted. He named in his will, written in January of that year, his wife Margery. She was dead by the time of the November probate. He also named his sons Richard, Thomas and John. He mentions Marion, Joane and John Firman (presumably the Firmans are related). Richard also leaves four nobles to the children of William Paine, his brother. [7] 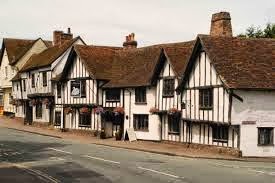 William, son of Thomas and brother of Richard had three known children: William Jr., Thomas and Agnes. The name of William Sr.'s wife is unknown as are the birth dates of the children. The three children are known to have lived in Lavenham. The parish register begin in 1558 so we can only trace the family to that time. A William Paine Sr. died in 1587 and a William Paine died in 1583, either of these could be him. I think he was the William who died in 1587.

In 1559 a birth of a Thomas Paine was recorded in the Lavenham parish records.  He was, most likely, the son of William Jr., who was presumably now married and living in Lavenham, some seven or eight miles from Boxted. William's brother Thomas married Agnes Wyatt in 1561 and their sister Agnes married George Seargentson in Lavenham in 1565.

William Jr. and his wife, possibly the Widow Joane Payne who died in 1594 had at least two sons, the Thomas born in 1559 and a son William III.  This William is the one who married Agnes Neves of Lavenham in 1584.  The births of their children are recorded in the Lavenham parish records beginning with Elizabeth, my ancestor, who was born in 1586.  William Jr. died the following year in 1587. William III, called William Payne the Elder in the records, died in 1621.  His son William and daughters Dorothy, Phoebe and Elizabeth are the siblings who immigrated to Massachusetts. When Agnes died she left her home in Lavenham Market to her daughter Susan and left money to her son Richard, both of whom remained in England. Agnes was buried in the Lavenham churchyard. [8]

paine meets paine
In an odd twist of fate, the two William Paines, one of Lavenham and the other of Nowton, may have come face to face. On 6 October 1634, William Paine, 37, clothier of Lavenham, was deposed in a court case involving his brother Richard. His deposition was taken at the Greyhound Inn in Lavenham before two commissioners; Sir Robert Crane, Baronet and William Payne, Gentleman. Were these the two Williams who are confused today? I think they were? [9] Another interesting thing about this court case is that Richard Paine stated that he had gone to Bury St. Edmunds, "a long way off" where he "was a stranger." Anthony Paine had owned many houses and lands in Bury and he had been one of the leading men there. If Richard was his grandson, he would have been known to men in Bury and not thrown in jail.

conclusion
William Paine's family members obviously lived, married, died and were buried in Lavenham. They had no connection to Nowton Manor. Below is my side by side comparison of the two families. It's a bit squished in this view but you might find it helpful.

http://www.stedmundsburychronicle.co.uk/Chronicle/1539-1699.htm (according to this website on St. Edmundsbury, Henry Paine purchased Nowton in 1545 not 1546)