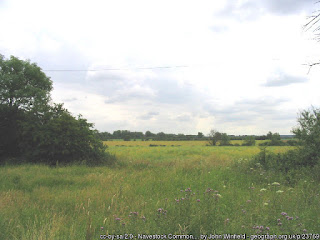 Many people believe that John Partridge who immigrated from England and lived in Medfield, Massachusetts was the son of John and Jane (Hogg) Partridge of Navestock, Essex, England. This is not correct. The origins of John of Medfield and his siblings is unknown.

The idea that these were the same men comes from the Visitation of Essex which had the family tree of Bartholomew Partridge and includes his son John who married Jane Hogg. [1] The visitation shows that Captain John Partridge had four children: John (age 14 in 1634), William, Jane and Margaret.

There is a marriage recorded in the parish of St. Gregory by St. Paul in London. [2] Jane Hogg and John Partridge were married on 11 May 1619. This is quite likely the marriage of John. In the visitation John and Jane Partridge are said to have four living children: John, William, Jane and Margaret. In the Navestock parish register there are baptismal records that would correspond to Jane and William. [3] There is also a burial record for William Partridge son of John on 12 September 1636.

On 1 Oct 1652 John Partridge of Navestock wrote his will. He made his son John and his wife Jane his executors. He left bequeaths to his daughter Margaret, married to Unknown Hudson and to the children of his daughter Jane, who had married John Lake, it would seem that she was dead. The will was probated in 1663 by his wife Jane. [4] 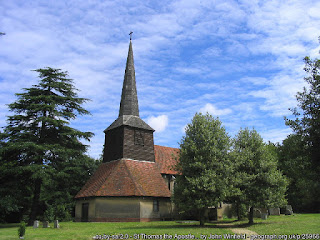 Jane wrote her will in 1666. She named her Lake grandchildren, Thomas and Jane, her Hudson (Hutchin) grandson Robert. He daughter Margaret Hudson, her daughter Ann Partridge (wife of her son John) and her Partridge grandson John. [5] The bulk of the estate went to Ann Partridge, as her grandson John was still under the age of 21.

Clearly the children of John and Jane Hogg Partridge are not the Partridge siblings who settled in Medfield Massachusetts.