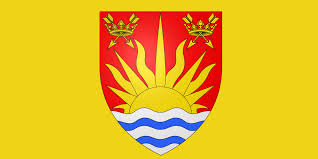 The Salter English ancestry can only be definitely  trace back two generations from Abigail Salter who married John Hammond in Watertown. Abigail's only known Salter ancestors are her parents and grandparents. There was a large Salter population in the county of Suffolk, England and it is possible that they are related to many of them, but how is not known.

thomas salter
Abigail's Salter grandparents were Thomas and Tomasin Joyner Salter. The birth dates of Thomas and Tomasine are unknown  as are their birthplace. It is probably safe to say they were born in Suffolk, England by 1560. I have a working theory that Thomas' parents might be Roger and Margaret Salter of Buxhall. Roger was a shoemaker who owned houses in Buxhall and Great Finborough. They had a son Thomas who was baptized on 16 April 1559 at St. Mary's Buxhall.[1] This would be right in line for a birth date by 1560.

This is just a guess though. 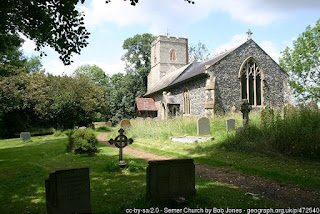 I do know that Thomas and Tomasin Joyner were married at All Saints in Semer, Suffolk on 20 October 1583.[3] (only about 11 miles from Buxhall) Semer, today, is a tiny village and is classified as an Ancient Woodland. The couples first three children were baptized at All Saints, the parish church. They were:

Thomas and his wife left Semer at some point and settled in Rattlesden, about nine miles to the north. Thomas had two further children. It is not know when or where they were born or if Tomasin was their mother.[4] They were:
4. Elizabeth, b. 1590-1600, married John Sherman in 1619, she was dead in 1648, but had six living children named in her father's will.
5. Ann b. unknown, married in 1639. Ann was either a middle aged woman at the time of her marriage or she may have had a different mother than the rest of the Salter children.

thomas' will
Thomas Salter wrote his will on 25 March 1648. He was buried in the churchyard of St. Nicholas in Rattlesden on 3 April 1648. His will was proved in July. Thomas Salter's wife was buried in Rattlesden on 5 November 1646. It's a shame she died first, otherwise he might have named her in his will. Thomas did name  his living children or his grandchildren if their parent was dead. Rose  must have died unmarried or at least without children prior to 1648. Thomas left all his grandchildren £5 apiece. His youngest daughter Ann was given £20. A Jane Salter who married Anthony Skarp was named in the will, her relationship to Thomas is not known, perhaps she was a niece.  [5]
Son George was sixty one years old when his father died it is possible that he had already taken over any land owned by Thomas. 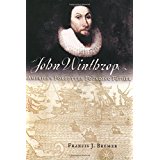 Their oldest son Thomas was born the next year, his baptism has not been found. All the rest of the children were baptized at St. Nicholas in Rattlesden. The image below, from the freereg website shows the marriage of George and Elizabeth and the baptisms of their children(green dots). 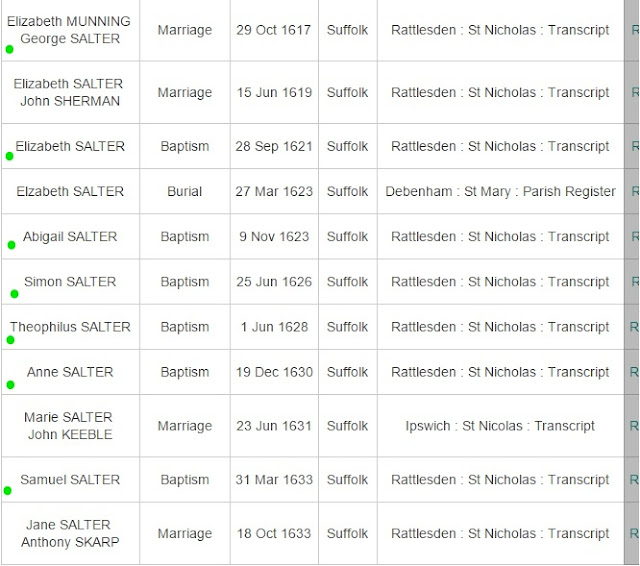 Not much is known about George and Elizabeth. He called himself a 'Grazier' in his will, which was proved in July of 1654. He and Elizabeth had moved to Dedham in Essex County by then. A grazier was someone who fattened cattle or sheep for market. Dedham was about 20 miles to the south of Rattlesden. In his will he leave bequeaths to his three children who are in New England, if they were still alive. Having already lost two children; Simon and Elizabeth, he knew full well that one or more of them might had passed away.

Elizabeth Munning Salter lived until 1660. She too wrote a will. Elizabeth knew by then that her two daughters had married in New England and named them Abigail Hammond and Hanna Phillips. It must have been difficult as a mother to say goodbye to the three children who left for New England, knowing that she would never see them again. Abigail Salter Hammond was my ancestor.