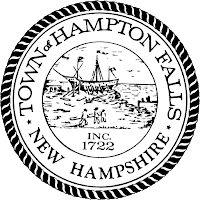 The English or otherwise origins of Nicholas Norris of Hampton and Exeter New Hampshire are unknown. One descendant claimed that there was a family tradition that he came from Ireland as a boy, but there is nothing to support this claim.[1] He was probably born around  1640 as he was married on 21 January 1664 to Sarah Cox of Hampton. His wife Sarah was born in Hampton, her parents were Moses and Alice Cox. The 1664 recording of the marriage is the first mention of Nicholas in the New Hampshire records. [2] Torrey says the marriage was in 1663. [3]

hampton
Nicholas as a tailor by trade. He most like did other work to make ends meet. His first house was between Abraham Perkins Sr. and Isaac Godfrey. It included 3 acres. He must have bought a second house in Hampton as he recorded the sale of it in 1671 after his removal to Exeter. This house was bought from Thomas Webster.

Prior to leaving Hampton, Sarah Cox Norris became a full member of the Hampton church on 5 April 1668. Although everyone went to church, no everyone was willing to go through the confessional process to become full members. Nicholas did not join his wife in the full membership of their church. [4]

Nicholas was first recorded in Exeter on 30 August 1671. His property was mentioned in a town meeting in which they banned folks from stacking logs on the meeting house hill and then roll them down the hill to the river below. [5] His home must have  been nearby.

The New Hampshire towns were on the frontier. Trouble frequently flared between the town inhabitants and the Native Americans. In 1695 the town was tasked with manning its garrison. Each man had to spend approximately one month in defense of the town. Nicholas was no exception, his 'tour of duty' was from 31 August to 28 September 1696. [7] The last Indian raid occurred in 1723.

rip
It is not known when Nicholas or Sarah died. We do know that Sarah died first as Nicholas remarried. His second wife was Mary Jones who outlived him. He seems to have outlived at least 5 of his children.