Family Myths and Legends: They're Not All Cherokee Princesses 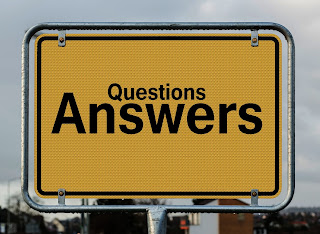 Here is one I found attached to my ancestor James Thornton, a Scots-Irish immigrant from the north of Ireland. James arrived in Boston with his family in 1718.  According to many trees on ancestry and he had a daughter named Catherine Thornton who married David Tate in County, Virginia. Catherine's date of birth is unknown, but she had a son in about 1758, so she was likely born in the 1730s, long after the Thorntons had left Ireland. James and his family settled in Massachusetts far from Virginia, but no one questions how did this woman got to Virginia on her own. Other family trees include a second daughter, Elizabeth, who like Catherine married and lived in Virginia.

I found a tree on  for David Tate and his wife Catherine. Catherine's parents are said to not James, but his son William Thornton and his wife Dorcas Little Thornton.  This is also the case on a genealogy.com forum. Dorcas was born in 1725. She met and married William in Massachusetts. When Catherine was born about 1735, Dorcas was only about 9 or 10 years old living with her parents near Worcester, Massachusetts, she is not Catherine's mother. Five minutes of research would prove how wrong this is. 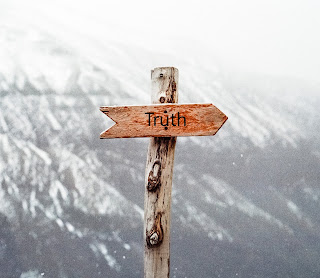 I found an old article online on the Tate family history. It was written and published in 1936 in the Chattanooga Times in Tennessee. The article states that the woman David Tate married was "an Irish girl named Catherine Thornton, her family belonged to the nobility of Ireland. She ran away from home and came to America, as did many others impelled by a spirit of adventure and settled in Virginia."

The runaway / noble family story to a male ancestor, I'd not seen a runaway female this but there you go. There are trees, today, on ancestry and other genealogy sites that include this myth in their family tree, without question. This part of the story reminds me of William Smith Bryan who I wrote about in an earlier blog post. He is also said to be a 'prince of Ireland.' His legend has evolved over the years and in his current state he is said to have been deported by Oliver Cromwell and sent to Virginia. Both these stories can be put to bed with on a short amount of research.

One of the most intricate myths I've ever encountered is the story of Thomas Pasmere Carpenter. This one seems to be not so much an old family story as a intentionally created myth. This fabrication was the subject of a masters degree thesis by Susan Reynolds. You can read it here. Thomas was also a runaway. He abandoned a wealthy shipping family from Devon to live in a cave among the Powhatan Indians and of course marries his Indian Princess. 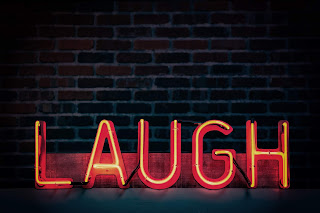 Other myths in my trees include the three brothers myths. You know the one, three brothers left xyz and sailed to America. Then there is the ancestor who escaped a British Man-O-War in a barrel, I rather like that one.  One of my favorites is the son of an Earl who became a miller and immigrated to Boston in 1630 with the Winthrop Fleet.

I never understand people who don't research their ancestors and try to get the real story. I guess I am a 'Doubting Thomas' by nature and I like my ancestors plain and simple. It's the finding that I enjoy; tracking them down and proving the exist. But hey, if I end up being related to a bit of royalty, I'm down with that.

Do you have any good ancestor myths? Post them in the comments and we can compare stories.
- January 28, 2019

Email ThisBlogThis!Share to TwitterShare to FacebookShare to Pinterest
Labels: Myths

Hello Jeanie,
This is probably not the right forum to reply but I couldn't see a way to comment or reply on your on-line article on Daniel Thurston of Newbury. First, I must compliment you. All of your work is well-referenced and engagingly written. At one point, in the Daniel Thurston essay, you write: "In his book... Brown Thurston says that in an ancient document related to the militia, young Daniel's name is listed as a petitioner. Apparently someone objected to his name on the petition [because] he was too young to sign [as], he was 'under his Uncle'. I wish I knew what and where this document is. Brown Thurston does not say whether there was a date on the document, it would be nice to know if there was." A careful reading of Thurston's comment shows that it was not a document related to the militia but rather a paper "entitled 'Newbury Troubles'" Thurston (first edition, p. 23) writes that, "Though this paper is without a date, Coffin in his letter to me says it was about 1655." This of course would have been Joshua Coffin, author of the 1845 "Sketch of the History of Newbury"...so his opinion should not be dismissed. Still, Coffin's statement is not definitive. Thurston, in a footnote, tells us that this document may be found in the NEHGR, 8:274. Examining this document, which is fully transcribed in The Register, we see that its intent is to show that numerous Newbury signer's of John Emery's petition were ineligible to sign or that their signatures were for other reasons, invalid. So who was John Emery and what was he petitioning that was so controversial?

We find a little bit about him in Dorothy C. & Gerald E. Knoff's Thirty-One English Emigrants Who Came to New England by 1662 [(Gateway Press, 1989), p. 99]. They tell us that in 1654, John Emery, a resident of Newbury, "with others, signed a petition in favor of Lieut. Robert Pike, 'which so irritated the authorities that they appointed a commission to examine...the signers.'" Thus, the date of the petition was 1654 and the undated document certainly dates to the same year. Sidney Perley notes in his Plumer Genealogy [Perley, Sidney, The Plumer Genealogy, Salem, MA: The Essex Institute, 1917,pp. 8-9,] that the trial was in Sept 1653 and the petition of the Newbury citizens was signed by fifty-eight citizens. "The petitions were presented to the court at its next session, the following spring." Thus the petition would have had to have been signed by Spring 1654 and the document questioning the validity of the signatures must have been a few weeks later.

What perceived injustice was done to Pike? (You may have read about Robert Pike in your research on the Salem Witch Trials). A fairly progressive thinker with Enlightenment tendencies, Pike had "denounced
the law passed by the General Court designed to restrain [laymen] from preaching In the absence of a settled minister. For this he was tried, convicted, lined and disfranchised by the General Court. This punishment caused petitions to be signed by many persons in the towns of Salisbury, Hampton, Newbury, Haverhill and Andover, asking the General Court to revoke their sentence. The Court resented this deeply, and called upon the signers to give 'a reason of their unjust request.'" [Challis, Philip, and Hamline E. Robinson. Symon, Indian: A Letter Written at Amesbury, Mass., 9, 5 Mo., 1677 : with Some Curious Annotations Concerning Philip Challis, Goodwife Quinby and Symon, Indian. Maryville, 1903, p.8]

Tom Frank
twfmd@hotmail.com - I don't use the gmail address.