This is a continuation of the ancestry of George Parkhurst, immigrant to New England who returned to England, to live out his days. Luckily for me, his daughter Deborah and her family remained. This is what we know about Deborah's mother, Phebe Leet Parkhurst, who may or may not have come to America. If she did, she died soon after as her husband remarried about a year after his arrival.

Phebe's parents lived in and around Little Eversden, Cambridgeshire, England. Her father was Robert Leete, son of John. Robert was an educated man, he attended college, receiving both a bachelor and master's degree and became a Fellow of St. John's College in 1545.

in several land deeds in which he assumed land left to him by his brother and father. In these deeds he a Gentleman. In one deed he and Mary Leete, possibly his widowed sister-in-law, quit-claimed land to St. John's College.

It is not until 1573 that Robert married, or if he had married previously, there were no living children and no record of his wife or marriage. He was probably around 48 years old at the time he finally got around to settling down. His bride was the very pregnant Alice Grundy. She delivered their first child a mere two months following the wedding.

Was Alice some strumpet who trapped the unsuspecting bachelor with her charms? I doubt it. Alice's parents are unknown, but she had a brother John Grundy who also attended St. John's College and became a fellow in 1561. He a rector at various parishes in Suffolk. So Alice's parent's were not poor, and she came from an educated family. So, who knows what their story was. ﻿

Anyway, Alice and Robert  seven children; Phebe being the youngest, baptized on 20 December 1585. Robert died without a will in late 1597 or early 1598 and administration of his estate in February 1598.

Robert Leete's ancestry . of Eversden, Cambridgeshire was born about 1500. Either a tax in 1522. In 1526 John married Helen Burgoyne. In a baptismal record Helen/Ellen Leete a Gentlewoman.

Robert's brother Edmund died in about 1580, unmarried, perhaps this late marriage thing ran in the family. Anyway, his will is of note. He lived in Eversden, which was in the diocese of Ely. I've visited the Ely Cathedral many times, what a beautiful church. Anyway, in his will which he wrote in 1551 before his father's death, he bequeathed money to his father (12 ) to his mother Alice he left 4 oxen and 2 milk cows, to his brother William; 4 milk cows, 4 bullocks, 20 shillings and to his children 10s each, to his brother Thomas; 20 quarters of barley, 2 draught steers and £20 in money. Edmund left his land to his parents but made a special request that his brother Robert get his house that he lived in. He described it only by calling it a 'new house.'

The family had a strong connection to the nearby Colleges, as Edmund left all his malt to the poor scholars, of which were many! There are also several land terms in this will, one of which is new to me. Edmund had land called Freehold, which means he owned it outright. He also had land that was copyhold, he held it from the Lord of the Manor. The third term which I did not know was land called a . This was a strip of land, a furlong long and one chain wide. It was used to grow crops. ﻿ 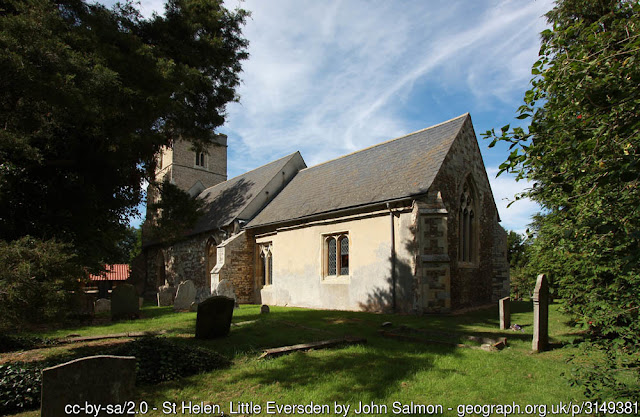