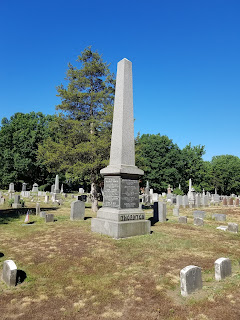 early life
John Thornton is my 4x great uncle. Born in Schenectady, in the Colony of New York to my great grandfather William Thornton and his first wife Dorcas Little Thornton. Shortly after the families arrival in New York the last of the French and Indian Wars broke out. As they had left their home in Dublin, New Hampshire on account of the Indian troubles, I'm sure they were wondering what they had gotten themselves into. Fort William Henry, made famous by the book and movie, Last of the Mohicans,  was only about 100 or so away from their home.

After the war ended, the Thornton's get on with the business of life. William purchased land in Curriesbush, now called Princetown. John's mother Dorcas died there in 1763. William purchased additional land in 1771. Life seemed to be on track, until a small event called the American Revolution began to pick up steam. At some point before 1773 William and his new wife, Eleanor and their small children, Dorcas and Samuel, returned to New Hampshire to settle in the new town, named by his brother Matthew; Thornton, New Hampshire. Two of his older children returned with them, William and Matthew. Four of his children stayed behind, James, John, Thomas and Mary.

war years
James, the eldest of the sons to stay in New York was 29 years old in 1773 and married to a wife of Dutch descent. He had a young family. I suspect that he took over William's farm in Curriesbush. Thomas and John were nearing maturity and chose to stay as well. I'm surprised that Mary Thornton, a young lady of 19, also stayed behind. The Thornton's had a large extended family in the area, there were numerous Wasson and Little cousins, perhaps they were well settled and did not want to leave. For whatever the reason, the family split in two. 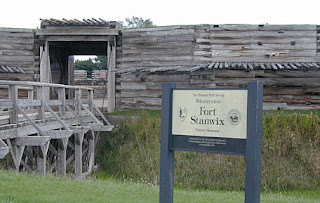 The Mohawk Valley saw some of the most brutal fighting during the long eight years of the war. Bands of Tories and their Indian allies swept through the Valley wreaking havoc as they passed. John's oldest brother James served several times with the local militia as did his Wasson cousins. John did not enlist until 1781, two years from the end of the war. He joined the 9 month levies raised by Colonel Marinus Willett. In 1782 he signed on for three years. The war was winding down, but the fighting continued in New York. In 1783, now promoted to Major, John Thornton took command of Fort Stanwix in far western New York. He remained in command until May of 1784.

The highlight of his career, in my opinion, was the tour of the Mohawk Valley with General George Washington and General Clinton. Major Thornton escorted them from Fort Plain, commanded by his future father-in-law, Lt. Colonel Samuel Clyde, to Cherry Valley and Ostego Lake. Washington was interested in the future of the valley, he saw it had great potential and John was his guide.

civilian life
In July of 1784 John traveled to Philadelphia to be officially discharged from the army and to seek payment in arrears. In 1786 he purchased a 100 acre farm in Curriesbush, home to his brother James and his cousins. He married cousin Anna Clyde on 9 March 1789 in the Dutch Reformed church in Fonda, he was 36 years old.

John and Anna had five children.

John Thornton applied for and received a pension for his service in during the American Revolution in 1818. He died the following year. Anna filed to receive his pension and was successful. She died in 1841. John, Ann, their sons John Clyde and George, and daughter Catherine Agnes are all buried together in Vale Cemetery in Schenectady. Their daughter Adelia is buried nearby with her husband and two infant children. I had the pleasure of standing beside their burial place. I have not been able to find a will or probate for John or Ann. 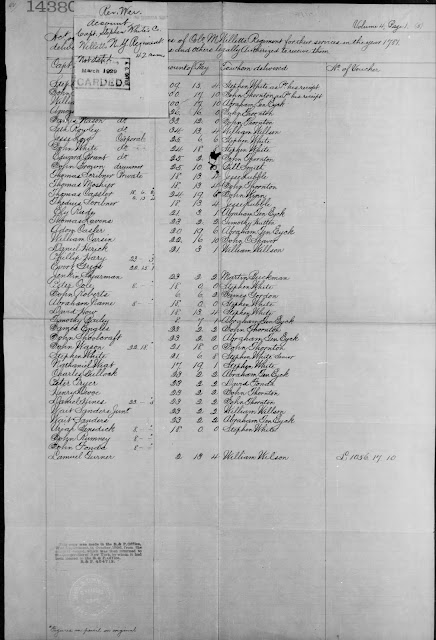 John is featured in my book BLOOD IN THE VALLEY. The story of his first cousin and  mother-in-law Catherine Wasson Clyde and her family. 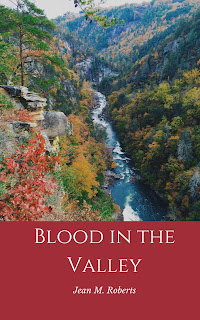